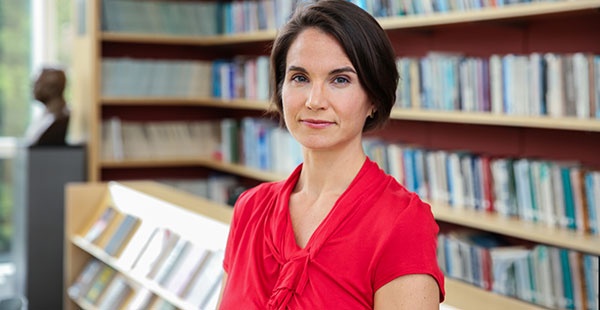 Senior Researcher
Co-Director of the Costs of War

Stephanie Savell is a public anthropologist who researches militarism, security, and civic engagement in relation to the United States post-9/11 wars and policing in Rio de Janeiro, Brazil. As Co-Director of Costs of War, she serves as editor of the project's research papers and executive director of operations. Savell's global map of U.S. counterterrorism operations has been featured by USA Today, BBC World News, and Smithsonian magazine, among others. She has published in a number of academic journals, including American Ethnologist, media outlets such as The Guardian, Foreign Policy, and Axios, and is co-author of The Civic Imagination: Making a Difference in American Political Life (Routledge, 2014). Her interviews have appeared on NPR's 1A, Vox's podcast Today, Explained, The Problem with Jon Stewart, C-SPAN Washington Journal, and elsewhere. She earned her Ph.D. from Brown University.

“The Costs of United States Security Assistance: How Counterterrorism Intensified Conflict in Burkina Faso and Around the World.” Costs of War, Watson Institute, Brown University. March 2021.

“Numbers and Per Capita Distribution of Troops Serving in the U.S. Post-9/11 Wars in 2019, By State.” Costs of War, Watson Institute for International and Public Affairs, Brown University. (Co-authored with Rachel McMahon. Map designed by Maria Ji). 2020.

U.S. Security Assistance to Burkina Faso Laid the Groundwork for a Coup (written by Stephanie Savell)

Stephanie Savell in Foreign Policy, "...Burkina Faso’s war on jihadis obscures the government’s failure to alleviate poverty or fix state corruption, which are the deepest drivers of the militant movement."

The ‘War on Terror’ Accelerates in Africa (written by Stephanie Savell)

Stephanie Savell penned this article which states, "It’s clear that the U.S.-sponsored model of a "war on terror" fuels government repression of its own people and escalates cycles of violence" in reference to the Middle East and Africa.

This piece cites Stephanie Savell and a map developed at Brown's Costs of War project that shows the scope of U.S. counterterrorism operations between 2018 and 2020, finding that it stretched into 85 countries.