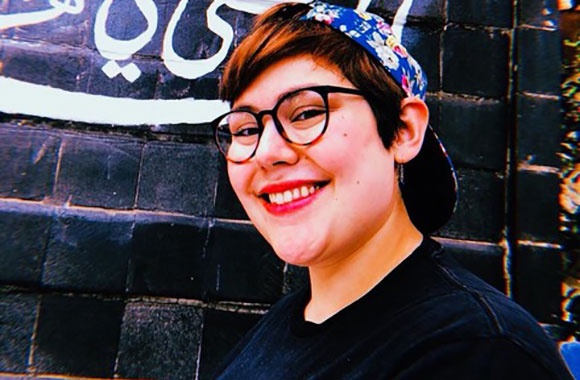 This summer, you worked for Lambda Legal’s Youth in Out of Home Care Project, a program which “raises awareness and advances reform on behalf of LGBTQ youth in child welfare, juvenile justice, and homeless systems of care,” according to its mission statement. What did you take away from your internship?

I really solidified the idea that I want to go to law school, and I learned a lot about religious exemptions in child placing situations. Basically, across the country there are a lot of different movements to allow private or foster care agencies that are contracted by state governments to not allow people who don’t conform with their very specific religious beliefs to foster. Most of what I did this summer was figuring out which agencies were trying to do that and which ones were receiving federal funding or state funding, so it was a lot of investigation. I ended up doing very paralegal type things, which was interesting because that was very different from the other, more policy focused, internships I’ve done. I’ve always believed that impact litigation is a form of policy because when you bring a case forward that will affect everyone of that class, and it can change how laws are enforced or which laws are considered valid.

How does this work apply to your Public Policy studies at Brown?

My concentration within Public Policy is government law and ethics so this this experience was kind of all three. I am really interested in social policy and economic justice and LGBTQ rights, so this was kind of great little niche for me to live in — helping severely economically disadvantaged queer kids. At Brown, I’ve been able to take a lot of courses relating to poverty, education, housing, homelessness, all sorts of issue-areas like that. In all of those courses, you always say one or two sentences about the LGBTQ community, and those were the sentences that grabbed my interest every time. I ended up being able to live in that one-off mention for a whole summer with this program.

You were admitted to Harvard Law School’s Junior Deferral program, which allows Junior undergraduates to apply for early admittance to law school. What was the experience of getting into the program like?

I’m a low income student from Alabama, middle-of-nowhere sort of stuff, and I really wasn't expecting it to happen, but then it did. They have been really really kind, they've written me a bunch of nice notes saying things like, “we can’t wait to see what you’ll do.” I knew I wanted to go to law school but I thought of this application as a trial run, and then it happened.

I really just stumbled through the application process — I had some really great mentors at CareerLab, and in Melissa Nicholaus, who wrote my recommendation letter. What they don’t really tell you is that it can cost up to seven or eight hundred dollars to apply to one law school, so Brown helped me with the cost and logistics of applying which was great because otherwise it was not going to happen. I actually filled out most of the application while I was abroad in Nepal, Jordan and Chile.

What are you hoping to do in the two years after you graduate and before you start at Harvard?

I’m not sure quite yet — for non-profit jobs, you usually don’t apply until spring semester, but hopefully either non-profit or campaign work. I’d love to work on Capitol Hill for two years, I think that would be really wonderful.