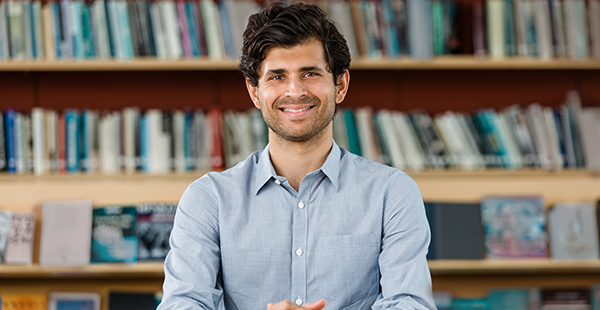 Adaner Usmani received his PhD in Sociology from New York University, and his BA in Social Studies from Harvard College. He was born in Pakistan but has spent the last half of his life in the United States.

Adaner's research is driven by two questions: Why do some people flourish while others suffer? And what explains why, in some places but not others, movements or policies emerge to challenge or moderate this inequality? In one set of papers, he explores when and why ordinary individuals manage to coordinate collective action, and how well these patterns explain the forward march of democracy. ​In other work, he studies the origins and consequences of American mass incarceration.

Most of his work uses computational and quantitative methods, which he has taught at the graduate level. That said, he retains a keen interest in the comparative historical method, and in qualitative social science more generally.

Adaner's first project grows out of his dissertation. In it, he reconsiders an age-old sociological puzzle: how, given enormous inequalities in income and wealth, do ordinary individuals succeed in mounting credible challenges to powerful interests? His work seeks answers to this question in the varying fortunes of the labor movement. He shows that workers are best placed to solve collective action problems and win concessions when they fill roles that give them leverage over economic life--where they have disruptive capacity. One paper shows that the ebb and of flow of these disruptive capacities is the best available explanation of why unions rose and fell in the 21st century, and also that the muted growth of these disruptive capacities explains the relative weakness of unions in the developing world. In a separate paper, forthcoming in the American Journal of Sociology, he argues that these insights have been missing from the literature on democratization, which either assumes away or oversimplifies the challenge of anticipating successful non-elite collective action.

In other work, he writes about American mass incarceration. American punitiveness is historically and cross-nationally unique, and the burden of punishment falls acutely on racial minorities and the poor. Immediately this yields three puzzles: why today, why America, and why some Americans and not others? Adaner argues that the literature on these questions has not paid enough attention to interpersonal violence. This is not to argue that there is any necessary link between crime and punishment. Rather, violence yielded punitiveness because the American state, exceptionally, could not be compelled to respond to violence with social policy. In one way or another, all his research develops this argument.

"The Abject Condition of Labor in Pakistan,'' with Kamal A. Munir and Natalya Naqvi. International Labor and Working-Class History Vol 87 (Spring 2015).

"The Indian State and the Capitalist Class'', with Vivek Chibber, in The Routledge Handbook on Indian Politics, Atul Kohli and Prerna Singh eds., London: Routledge, 2013.

Crime and Punishment in the USA