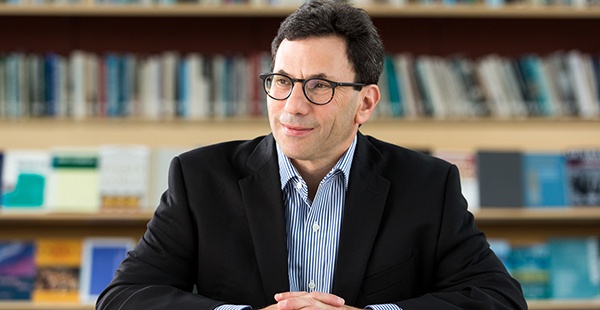 This weekly "polling roundup" quoted public policy professor Eric Patashnik, who said that “it is already clear that Republicans have made it even harder for their party to govern if they manage to retain control of both chambers and take another stab at dismantling Obamacare.”

The Health 202: Medicare for all is new Democratic mantra in congressional races (comments by Eric Patashnik)

Progressive political candidates motivated by Bernie Sanders' insurgent run against Hillary Clinton in 2016 are advocating for Medicare for all as part of their platforms. Professor Eric Patashnik said that the political viability of the idea will ultimately depend on its details -- such as whether the program would eliminate the private-insurance system altogether.

Republicans are still trying to repeal Obamacare. Here's why they are not likely to succeed (co-written by Eric Patashnik)

An opinion piece co-written by Eric Patashnik, argues that the law’s political vulnerabilities and Republican electoral dynamics drive conservative efforts to uproot it and yet conservatives are unlikely to be able to repeal it.

Unhealthy Politics: The Battle over Evidence-Based Medicine, co-written by Public Policy program director Eric Patashnik, describes the U.S. medical system, the most advanced in the world, and its insufficient evaluation process of treatments that often become widespread.

Are You Getting Evidence-Based Healthcare? (interview with Eric Patashnik)

Political scientist Eric Patashnik comments on the banned practice of earmarks, saying "Restoring earmarks is not strong enough medicine to cure the dysfunctions of today's Congress. Polarization runs much too deep. But it is still a sensible thing to do."

Professor Eric Patashnik in Vox, "Eventually, the war over Obamacare will end. When it does, there may be an opening to have a sensible conversation about ensuring that patients receive treatments grounded in sound science."