The Future of Price: Sarah Besky Discusses Her Research on Tea Auctioning 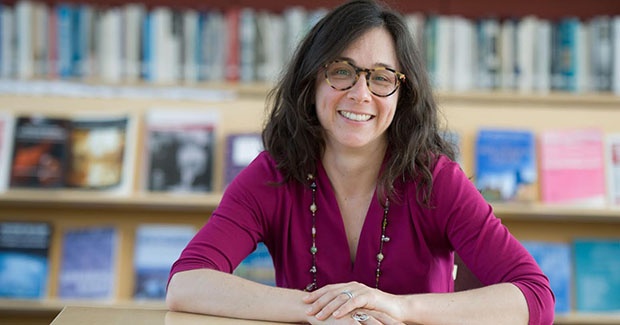 What does it mean to describe the taste of a cup of tea as “biscuity,” “knobbly,” or “cheesy”? How does the taste of tea affect its price?

Assistant Professor of Anthropology and International and Public Affairs Sarah Besky has recently begun a new project that examines the lives and work of professional tea tasters and brokers in India. For more than 150 years, most tea grown on plantations in Northeast India has been sold in open-outcry auctions in Kolkata. In an article published this year in the journal Cultural Anthropology, Besky describes how, in 2009, the Tea Board of India, the government regulator of the tea trade, began to convert auctioning from a face-to-face outcry process to a face-to-computer digital one. The Tea Board hoped that with the implementation of digital technologies, trade would soon revolve around the buying and selling of futures contracts, not individual lots of tea.

As Besky shows in her work, this “digital transition” has been met with resistance from brokers and traders, who rely on their carefully honed palettes (and unique vocabulary) to give tea its value. Esoteric grading and tasting terms like “cheesy” and “biscuity” continue to confound attempts to institutionalize digital trading.

As this article and the larger project shows, the push for digitization in the auction continues, not least because online sales have taken off elsewhere during the past five years. A growing number of direct traders, who use the Internet to cultivate buyers in Europe and America, have managed to circumvent the Kolkata auction. Direct traders are threatening the status of the tea trade as a national institution. Besky is following this story, as the Tea Board of India tries to meld the ethic of speed and seamlessness that marks digital trading with the quality assurance offered by tasting and auctioning.