Through a Watson Collaboration Grant, Sherine Hamdy translates her research into a graphic novel 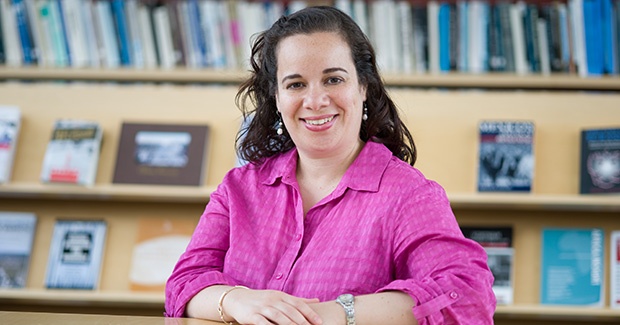 In a graphic novel to be released next year, Associate Professor of Anthropology and Watson Faculty Fellow Sherine Hamdy reimagines her research on kidney failure and organ transplants in Cairo, Egypt. Hamdy co-wrote the script with former Brown PhD student, Coleman Nye (now faculty at Simon Fraser University) whose research is on BRCA genetic testing and preventive mastectomies in the U.S. Lissa: Still Time explores the lives of two women, each of whom makes a medical decision that the other cannot comprehend, against the backdrop of political turmoil.

Through a Watson Collaborative Grant, Hamdy and Nye initiated a collaborative project with RISD Illustration Department’s instructor Paul Karasik, who chose two of his best students in comics, Sarula Bao and Caroline Brewer, as the artistic team. With the support of a Henry Luce Foundation Grant, the team took a week-long trip to Cairo over December 2015- January 2016 to immerse themselves in their story, polish the script, and seek feedback from a wide variety of Egyptians, while their team of illustrators focused on capturing the story’s central settings.

They also worked with an ethnographic filmmaker, Francesco Dragone, who has been capturing the behind-the-scenes process of this collaboration for a film documentary. Dragone recently posted an article describing the trip, entitled, “The Making of Lissa: Still Time – an ethnoGRAPHIC Novel” that appeared on the University of Toronto Press’s blog Teaching Culture in February 2016. The graphic novel will be released in 2017, as the first book in a new series from University of Toronto Press ethnoGRAPHIC, along with Dragone’s documentary film. Aside from their research on medical ethics, risk taking, and the intricacies of biotechnologies, the graphic novel also highlights the tumultuous political uprisings that shook Cairo beginning in January 2011, highlighting Hamdy’s more recent research on the role of Egypt’s physicians in the political protests.