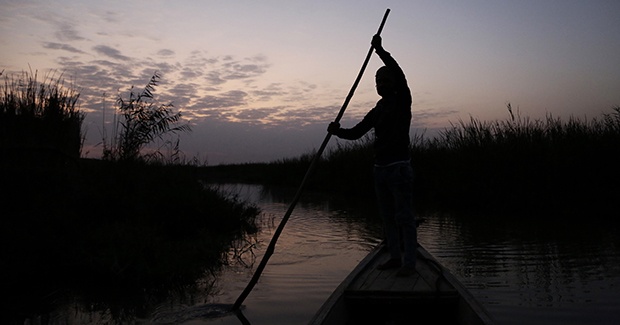 Environment Rehabilitation and Global Profiteering in Wartime Iraq written by Bridget Guarasci of the Costs of War Project was released on April 23, 2017.

The now 15-year old US-led war in Iraq, following decades of conflict and international economic sanctions, has led to what the United Nations describes as a "dire" environmental situation. Military waste and toxic residues have polluted soils and rivers, as have the discharges from sewage systems destroyed during the war. As a result, rates of related diseases, birth defects, and infant mortality among Iraqis have shot up, and average life expectancy has decreased.

According to a new study by the  Costs of War Project at Brown University's Watson Institute for International and Public Affairs, a careful look is due at some of the backroom deals made in the context of wartime reconstruction and in the name of rescuing the environment. The report, authored by Bridget Guarasci, assistant professor at Franklin and Marshall College, shows how global companies reap long term financial profits from initial investments in wartime environmental rehabilitation. It also points to the need to prioritize the investment of environmental and other reconstruction funds in-country, suggesting that nonprofit organizations, rather than profit-driven companies, are better charged with the delicate work of rebuilding and toxic clean-up in the aftermath of war.

Click here for an overview of the Costs of War Project's findings.