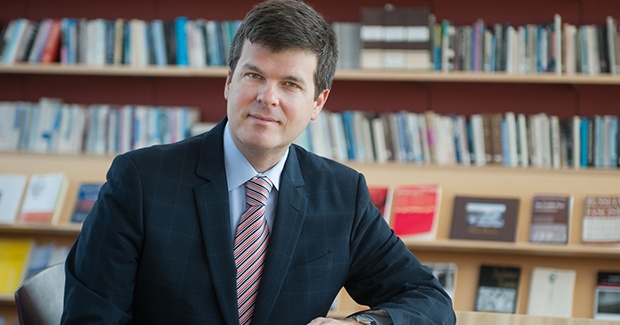 Beyond Snowden: Privacy, Mass Surveillance, and the Struggle to Reform the NSA, was published in August 2017 by the Brookings Institution Press.

Senior Fellow Timothy Edgar is the 2018 recipient of the Chicago-Kent College of Law/Roy C. Palmer Civil Liberties Prize for his book, Beyond Snowden: Privacy, Mass Surveillance, and the Struggle to Reform the NSA. The Prize, which was created in 2007 by Chicago-Kent alumnus Roy C. Pamler and his wife Susan M. Palmer, "honors exemplary works of scholarship exploring the tension between civil liberties and national security in contemporary American society."

In his book, Edgar explains how and why we should protect our privacy without sacrificing vital intelligence capabilities. Tracing the evolution of America's mass surveillance programs in the 21st century, he explores his own ideas for reform throughout the book. Once an ACLU lawyer, Edgar was hired by the Bush administration as the intelligence community's first deputy of civil liberties, then to a National Security Council position during the Obama administration.