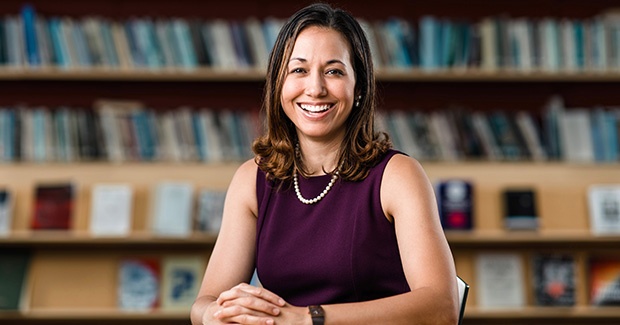 "Mexico’s Dirty War on Drugs: Source Control and Dissidence in Drug Enforcement" is part of a collection of works published in The Social History of Alcohol and Drugs in April 2019.

The collection highlights intersections in the histories of drug control and U.S. foreign relations. The pairing of these subfields brings to light important themes such as state formation, the reach of government power, the blurry lines between foreign and domestic antidrug measures, and the nuances of integrating top-down and bottom-up historical narratives.

Teague's article focuses on the local effects and unintended consequences of the U.S. drug war in Mexico. The essay shows that Mexico’s internal divisions and political challenges go beyond its role in the regional drug traffic. U.S. drug control policies intersected with and exacerbated many of Mexico’s domestic problems, including what activists and scholars have begun calling la guerra sucia (DirtyWar), a period from the late 1950s to the early 1980s during which Mexico’s ruling party, the Partido Revolucionario Institucional (PRI), violently put down dissidence. Whereas a rather clean and organized image of U.S.–Mexico narcotics diplomacy emerges at the upper echelons of policymaking, a focus on drug enforcement actors in Mexico charged with executing drug control and carrying out the PRI’s concurrent policies of domestic repression during the 1960s and 1970s reveals a very different picture. Using materials from Mexico’s Federal Security Directorate (DFS), a PRI intelligence agency, Teague shows how the PRI’s actions against leftist threats shaped the Mexican government’s response to U.S. drug issues, especially in rural, drug-producing areas already prone to political instability. As drug enforcement collided with the PRI’s efforts at domestic repression, it empowered certain state actors at the expense of others and led to a number of violent abuses.

In the context of the PRI’s efforts against the Left, Teague's essay demonstrates that U.S. antidrug support to Mexico does not really look like support at all, but rather a catalyst for violence and repression. U.S. investments in overseas drug control continue to do little to reduce an insatiable demand for drugs, even today. Historicizing Mexico’s drug issues and its experiences with the U.S. drug control regime is critical to gaining insight into Mexico’s current issues with cartel-related violence, corruption, and the culture of impunity that persists throughout the country. In order to understand these problems, we must look to the origins of militarized Mexico-U.S. drug control in the 1960s and 1970s, which is bring to light in the essay, and interrogate Mexican and U.S. conceptions of drug enforcement both separately and in interaction with one another.