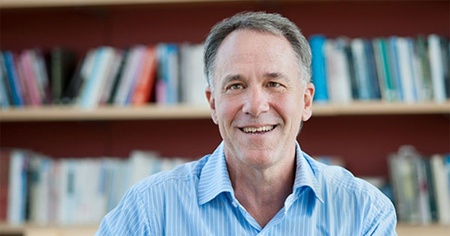 The fellowships are awarded to writers, scholars, artists and scientists on the basis of “prior achievement and exceptional promise,” the foundation says. The Brown faculty members will use their fellowships to study political polarization in the United States, advanced mathematical modeling and entrepreneurship in Nigeria, respectively.

Smith’s Guggenheim project is titled “Infrastructural Deficiency, State Complicity and Entrepreneurial Citizenship in Nigeria.” Smith notes that in Nigeria, Africa’s most populous country, people have a common saying that “every household is its own local government.” This, he says, is a reference to the state’s failure to provide and maintain fundamental infrastructure, which leaves citizens to cobble it together on their own. The study and resulting book will investigate how Nigerians cope with widespread shortcomings in domains such as water, electricity, transportation and security. Based on his preliminary findings, Smith observes that the state is in fact highly present even in its apparent absence. Entrepreneurial activities and informal economic enterprises to provide infrastructure require many dealings with the government. Paradoxically, he suggests, all of this seemingly non-state activity may be central to the consolidation of state power and the substance of citizenship.