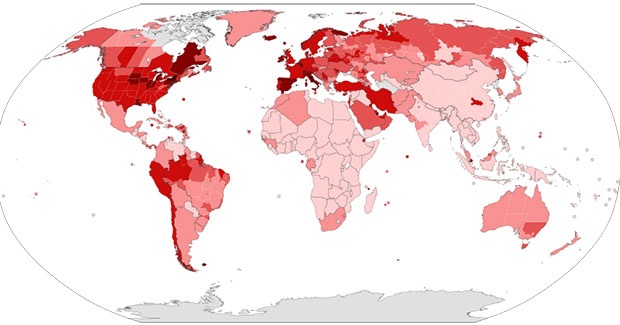 It’s like the flu. Like cancer. Like a car crash. Like old age. These are the analogies being used to try to lift the shutdown of public activity mitigating the spread of COVID-19. Except deaths from coronavirus are not ordinary, inevitable, or normal. We’ve learned it’s far more easily transmissible and deadly than the flu. That it is contagious at all makes it uncomparable to cancers or crashes. And it leads to deaths that are anything but peaceful, as they should be in old age.

So we have to ask why many politicians and pundits want us to think that it is.

When Dr. Phil recently complained to Sean Hannity that our response to the annual car crash toll isn’t to “shut the country down,” he wasn’t the first. Republican Senator Ron Johnson floated the faulty analogy in March, after which President Trump quickly glommed onto it, arguing that crashes don’t lead the government to say, “‘No more driving of cars.' So we have to do things to get our country open."

While the analogy to car deaths is fallacious, it can be effective. Think about it: car crashes are all too common in America. When we were researching American car culture, we found that the loss of tens of thousands of men, women, and children nationwide each year in crashes no longer garners mass outrage. Crashes happen so routinely and frequently they rarely make the news unless they occur in some spectacularly horrific way, making invisible the individual stories of avoidable tragedy that could motivate a groundswell of activism—the kind that cut drunk driving in the 1970s. This is because Americans have generally come to tolerate a certain amount of death in return for a healthy economy, convinced that without our trillions of miles of driving, it would all fail. In reality, this overdependence is created by a lack of choices. Fatalism about road fatalities has allowed politicians, under the influence of oil, gas and auto lobbyists, to ignore the problem, halt improvements in traffic safety, and fail to fund more and safer transportation alternatives.

Since the US’s first coronavirus cases, those seeking to downplay its threat have emphasized that it is more likely to kill older people and those with underlying conditions. The dismissiveness with which this fact can be tossed off in some media outlets has provoked blowback, but the repetition has had its effect. When former Fox host Bill O’Reilly proclaimed, "Many people who are dying...were on their last legs anyway,” his language stuck out for its breezy callousness. But the notion that virus victims are the sick and the old—those who die all the time—is all part of normalizing the untimely, devastating, lonely deaths of productive, well-loved people.

It’s part of why after just a few weeks of these normalization attempts, former New Jersey Governor Chris Christie can feel free to demand Americans accept premature reopenings, bound to increase daily deaths, as an inevitability to be embraced as a cost of maintaining the “American way of life.”

See, this is the problem with normalizing deaths: it allows more deaths. It makes it easier for the horrors of virus deaths to fall off the broadcast news chyron, to divert resources away from public health and for future politicians to treat the next pandemic even more glibly.

In the case of coronavirus, some of our leaders have concluded that a certain amount of death is acceptable for the economic well-being of their state. This reckless thinking has already led to protests at state capitols and to the premature reopening, by governors like Georgia’s Brian Kemp, of non-essential businesses such as gyms and salons where the virus can readily spread. This false choice being presented to us by the Trump administration and other politicians is extremely dangerous because it allows the lives lost to become justified, expected even.

Trump knows re-election depends on his team deflecting blame and on Americans being desensitized to coronavirus-related deaths. Blaming the nation’s governors may be part of his strategy, but his end goal is an indifferent electorate. His hypothesis seems to be, “If these deaths are viewed as inevitable or a number smaller than a million rather than preventable, then I’ll get out unscathed.”

In the coming weeks, months and years, the media will continue to play a critical role. Of utmost importance is how the media reports on the public figures who try to normalize these deaths by creating a false dilemma of lives versus jobs. This virus is not like anything we have seen before. We shouldn’t let our leaders get away with talking--and acting--as though it is.

Catherine Lutz is the co-director of Brown University's Costs of War Project and Anne Lutz Fernandez '84 is an English teacher. They are the co-authors of Carjacked: The Culture of the Automobile and Its Effect on Our Lives.