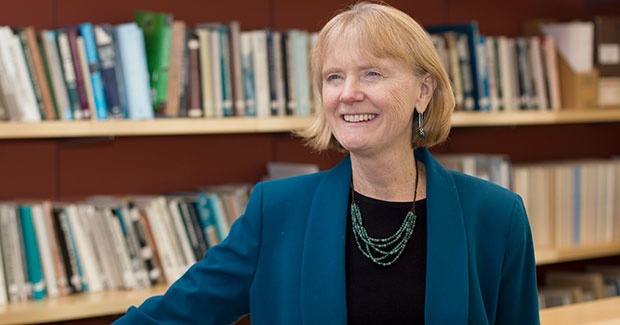 Margaret Weir recently co-edited, "Who Gets What? The New Politics of Insecurity," a book harnessing the expertise of scholars from across the disciplines of history and the social sciences to probe how the economic and social transformations of the past forty years have introduced new risks and insecurities that fractured the solidarities of the postwar era.

Focusing on the United States and European liberal democracies, the chapters in this book show how the stable identities and alliances of the past have given way to a jumble of social cleavages and political rifts that now set the menu for politics. Instead of sweeping away class divides, however, political fragmentation has, if anything, deepened inequalities and rendered them more multifaceted. Fueled by fear and energized by the appeal of narrowly defined protections, the politics of fracture makes it difficult to address economic and social insecurity in broad and inclusive ways. Instead, a pervasive sense of insecurity has created fertile ground for populist politicians pushing politics toward ugly extremes once thought banished from public life. Faced with these strains, can the democratic center hold? Can liberal democracies address insecurity in ways that maintain or rebuild broad solidarities?

The chapters address these core questions from two perspectives. The first depicts how economic transformations and established institutions interacted over time to introduce new economic, social, and political cleavages. The chapters show that while these strains reverberated across Western democracies, they hit the United States with special ferocity. The second major question animating the volume considers how and in what ways the United States remains distinctive. The volume probes the role of America’s deep racial divide and its meager forms of risk protection in aggravating fracture. They also show how new insecurities in Europe and America took different political expression in countries with proportional representation compared to those, like the United States, with majoritarian political institutions. In each, the end result weakened the hold of the political center on politics.