In The Wake of George Floyd 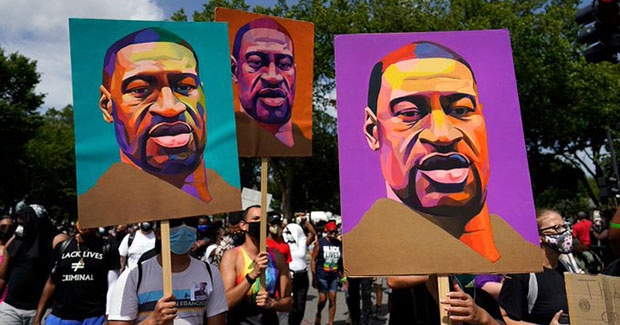 The Center for Latin American and Caribbean Studies (CLACS) recently launched a project led by Director Patsy Lewis titled, "In The Wake of George Floyd: Mapping Social Movements Related to Systemtic Racism in Rhode Island," that focuses on social movements around systemic racism, particularly efforts to end anti-Black racism, in communities in RI and at Brown.

"The Center for Latin American and Caribbean Studies at Brown University is attempting to understand responses in Rhode Island to the racial justice protests that occurred during 2020, especially in the wake of the police killing of George Floyd. We are exploring the various forms these protests took and the responses to them, especially by the state and the police. We are particularly interested in understanding how RI communities’ experiences of police violence and structural racism resonated with the broader national (and global) racial justice movement. This project is part of Brown University’s response to identifying and addressing systemic racism in the United States."

This project developed as a result of a grant initially received in July of 2020 from the Provost’s Office at Brown University as part of the Addressing Systemic Racism Fund: Advancing Knowledge through Research and Programming.

A presentation of the soft launch of Patsy Lewis's project will be held Tuesday, November 15, 2022:
Introducing In the Wake of George Floyd: Responses to Anti-Black Racism in Rhode Island

READ MORE ABOUT THE PROJECT >