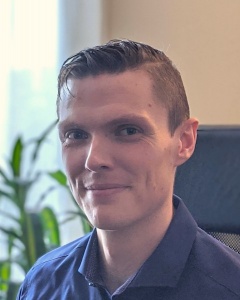 Erik Peinert is a political scientist specializing in comparative and international political economy. His research investigates the political economy of advanced industrial states and the politics of economic policymaking, specifically in the domain of competition and market power. His research draws theoretically from different disciplines, such as sociology, psychology, and economics, and my broader interests broadly include business-state relations, institutional change, antitrust, intellectual property rights, and the politics of economic ideas.

Erik received his PhD in political science from Brown University in 2020. His work has been published in the Review of International Political Economy.

His current book project, based on his dissertation, uses extensive archival research to examine and explain why the United States and France both experienced multiple alternations during the 20th century, between economic policy favoring competition and policy favoring market power. I argue that both policy regimes face unintended diminishing returns over time, and that these policy regimes endure because of the political and psychological barriers to learning about these diminishing returns among government bureaucrats and politicians.
In addition to this main project, he is currently working on collaborative projects regarding the link between domestic politics and the international diffusion of antitrust and the connection between financial crises and international conflict.