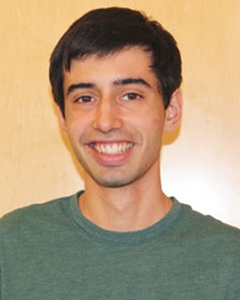 Emilio Leanza's project focused on the role of student activists during the Naxalite Movement in West Bengal from 1967-75. Through collecting oral histories of former activists as well as consulting the archives, he spent the summer in Kolkata exploring the ways in which the Naxalites were connected to a wider framework of global student revolt during the tumultuous 1960s. As most scholarship of protest during the 1960s emphasizes events in Europe and the Americas, his history honors thesis filled a gap in historical writing by highlighting the place of the Naxalites within a complex transnational flow of revolutionary ideas.