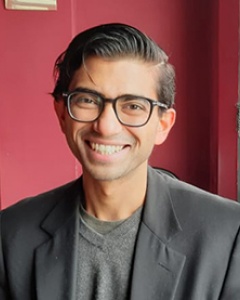 Kaustav Chakrabarti is a graduate student from India. His primary interest lies in the comparative politics of civil war, especially on state response to insurgency. Prior to joining Brown, he worked at the Observer Research Foundation, a New Delhi based think-tank. There he studied how the interaction of coercive and non-coercive repertoires of counterinsurgency - elections, goods delivery, collective punishment, etc. - informs India's strategy. Kaustav has also researched on Pakistan's Taliban insurgency and counterterrorism policy, and the role of international competition in state-making in Afghanistan. He has published in Foreign Policy, Economic and Political Weekly, and The Hindu. He holds an MA in Political Science from SUNY Binghamton, and a BS in Computer Science from Pune University.

2020 Project Abstract: The dissertation studies the unlikely phenomenon of ‘parallel governments’ run by armed groups in India Northeast. These governments occur alongside the Indian state’s administrative and military presence. What motivates armed groups to divert previous resources in the midst of armed conflict? Why do some groups receive petitions to resolve quotidian disputes from community members and others fail to generate such authority? I combine more than 250 interviews and archival research to find that armed groups respond to existing social milieus and administer justice in communities that\ practice social, and not statist, forms of legality that is centered on customary law.