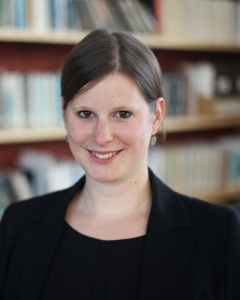 Sanne Verschuren is a Ph.D. Candidate in the Political Science Department at Brown University. Her research interests include the development of weapon technology, shifts in military strategy and tactics, and the role of ideas and norms therein. Her dissertation examines why and how states decide to procure different types of weapon capabilities. More specifically, she seeks to understand the politics behind the development and operationalization of air power (1920s-1930s), aircraft carriers (1950s-1960s), and missile defense (1990s-2000s) in the United States, the United Kingdom, France, and India. Beyond her dissertation work, Sanne is interested in other security and defense questions, such as the global arms trade and the arms control movement.

Sanne holds a LL.B. and LL.M. from Ghent University and received a M.Sc. in Politics of Conflict, Rights and Justice from the School of Oriental and African Studies, as well as M.A. in Political Science from Brown University. Prior to attending Brown, she interned with the United Nations Office for Disarmament Affairs and the Flemish Peace Institute. Sanne also worked as a guest researcher for the Stockholm International Peace Research Institute.