In Conversation with Tom Perez '83 and Michael Steele 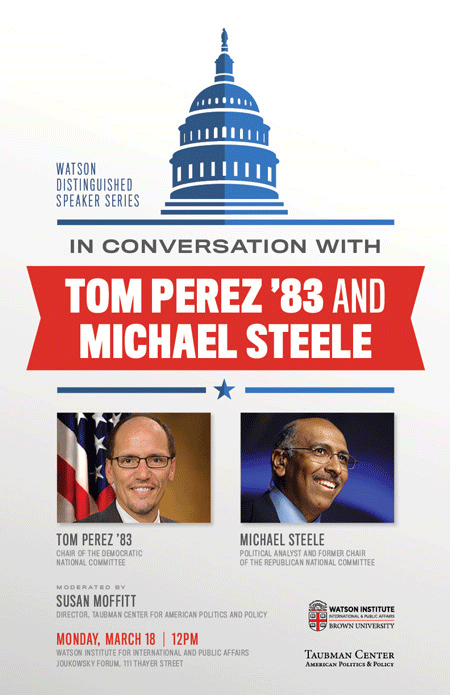 In Conversation with Tom Perez '83 and Michael Steele, moderated by Susan Moffitt. Topics will include immigration, healthcare, and the economy. Audience Q&A will follow.