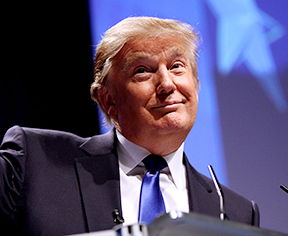 Wendy Schiller, chair and professor of political science, comments on the lack of involvement from corporations following Donald Trump's call to ban Muslims from entering the U.S. “Let’s say you do a lot of business in the Southeast. The first primary in South Carolina isn’t until February, so why not wait and see how he does?” she said in a phone interview. “Companies still have some time before they have to really go out on a limb and denounce Trump.”