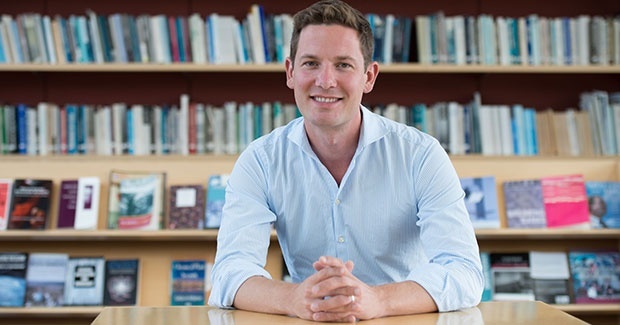 The United States is historically one of the world’s largest investors in renewable energy research and development (R&D). Yet, it has struggled to build a large manufacturing industry for the technologies needed in a clean energy transition. U.S. universities and startups have excelled at inventing new technologies, but much of the global production capacity in these sectors is located elsewhere. As the U.S.-China relationship continues to erode, the U.S. needs to improve conditions for segments of clean energy supply chains that are currently not well-supported domestically. A key reason for the lack of domestic clean tech manufacturing has been the scarcity of capital among clean technology firms. Clean energy startups have struggled to raise sufficient funds to invest in domestic manufacturing capacity. American financial institutions have prioritized industrial sectors—including software—that have yielded higher and faster returns.

A proposal by a group of U.S. Senators to establish an Industrial Finance Corporation of the United States (IFCUS) aims to change that. Their proposed IFC Act would establish a government-owned corporation providing capital to small and medium-sized manufacturing businesses in critical industrial sectors. Currently, it faces legislative obstacles: the proposal was initially included, but subsequently removed, from the 2021 reconciliation bill. Also, the financing needs of clean tech manufacturers are not included in current proposals to create a National Climate Bank, which would focus on funding the deployment of clean energy technologies and investments in infrastructure, not the production of such products. Still, the basic idea of an Industrial Finance Corporation could be revived by a subsequent Congress. Doing so would bring significant benefits.

This research brief explains why political leaders regularly promise domestic manufacturing jobs in clean energy industries, lays out the reasons why such promises have rarely been met in the past, and assesses the IFCUS as a way to deliver on such promises. Establishing an organization akin to a state-owned development bank for manufacturing is essential if the United States wants to increase the share of clean energy technologies manufactured domestically. Doing so would help increase the number of jobs in clean energy industries, bolster middle-class employment, help build a broad political coalition in favor of action on climate change, and reduce dependence on China in clean energy supply chains at a time when the U.S.-China relationship has come under significant stress.