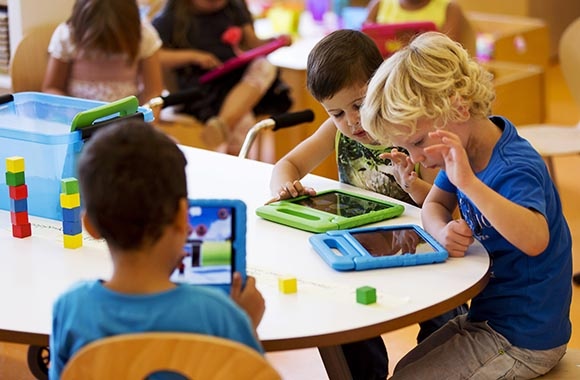 “Children who receive a diagnosis of ADHD but display less severe ADHD-related behaviors and impairments may face a double jeopardy, or double disadvantage.”

Providence, RI [Brown University] – A new study on attention-deficit/hyperactivity disorder (ADHD) suggests that there is a large negative estimated effect of the diagnosis for children with less severe ADHD-related behaviors. For some of the 6.4 million (11%) American children diagnosed with ADHD between the ages of 4 and 17, parents and teachers may have asked: does this child really need an ADHD diagnosis? And for the fraction of these 6.4 million children who may be “on the border” for needing an ADHD diagnosis, the role of ADHD symptom severity in shaping the association between diagnosis and academic achievement has not been well understood.

Titled “Attention-deficit/hyperactivity disorder severity, diagnosis, & later academic achievement in a national sample,” this is the first study to use longitudinal, nationally-representative U.S. data to examine the relationship between early elementary school ADHD diagnosis and adolescent academic achievement. Although results are consistent with prior work that claims children with more severe behaviors fare worse academically than those children with relatively less severe ADHD behaviors, this study shifts the focus to an often neglected group: children who are diagnosed with ADHD but who have relatively minor ADHD-related behavior problems.

“Children who receive a diagnosis of ADHD but display less severe ADHD-related behaviors and impairments may face a double jeopardy, or double disadvantage,” according to authors of the study, Jayanti Owens, a professor at Brown University’s Watson Institute for International and Public Affairs, and Heide Jackson, a postdoctoral fellow at Johns Hopkins University’s Center on Aging and Health. “They may be less likely to receive or benefit from medication and behavioral and educational services due to factors like lower acceptance of medication and service use among people with mild mental illness, lower rates of adherence, and higher rates of misdiagnosis. At the same time, they may be more likely to remain in general instruction classrooms or otherwise compare themselves to students without mental illness, potentially leading to the experience of negative-ability labeling, and lowered self-esteem or self-concept.”

Owens and Jackson compared math and reading test scores of children in eighth grade who had the same degree of symptoms and demographically similar backgrounds, but with one group receiving a diagnosis and the other not. They found that the students who were diagnosed in their K-3rd grade years, scored lower than the comparable undiagnosed, untreated kids.

“Even if they receive medication or other treatments, these negative assessments may result in dampened self-esteem and academic expectations, which are negatively associated with academic achievement.” A diagnosis may be impactful to parents and teachers as well, as some tend to assume blame for the child’s difficulties and discourage extracurricular “opportunity-pushing” activities for fear of overburdening the child or placing excessive expectations on them.

Owens and Jackson find that, for children with relatively less severe ADHD symptoms, medication may not help a child overcome the burden of a negative-ability label. This is because medications are designed to control behaviors and improve concentration, rather than address the social and psychological processes that lead to lowered achievement.

To combat the potentially large negative effects of a less severe behavioral diagnosis, the pair suggest that “clinicians should consider the social aspects of an early childhood ADHD diagnosis, including types of educational and psychological support systems, when weighing the pros and cons of diagnosis,” because these contexts may influence whether negative-ability labeling is triggered and whether issues of sustained access and adherence to treatments and services are a likely barrier.

At the same time, Owens and Jackson caution that “it is important to remember these findings apply to children with less severe ADHD-related behaviors and impairments -- for children with more severe forms of ADHD-related behaviors and impairments, we do not find that this negative social labeling is associated with lower outcomes than would be observed if the child were not to have been diagnosed.”

The article will appear in the print edition of Elsevier’s Social Science Research journal later this summer, but is available online here.

Members of the media may also contact Kathryn Dunkelman, Director of Communications at the Watson Institute, at Kathryn_Dunkelman@brown.edu or at (401) 863-1302 to request a copy of the study.

Jayanti Owens can be reached for comment at Jayanti_Owens@brown.edu.

Jayanti Owens is the Mary Tefft and John Hazen White, Sr. Assistant Professor of International and Public Affairs and Sociology at Brown University’s Watson Institute for International and Public Affairs, with an affiliation at the Population Studies and Training Center. Owens’ research focuses on the causes of gender, racial/ethnic, and immigrant educational and labor market inequality. Her work has appeared in journals including Sociology of Education, Social Science Research, and Ethnic and Racial Studies.

Heide Jackson is a postdoctoral fellow at the Center on Aging and Health at Johns Hopkins University. Jackson’s research explores the social causes and consequences of health over the life course. Her works has appeared in journals including Social Science Research and Substance Abuse.

About the Social Science Research Journal

The Social Science Research Journal is produced by Elsevier and publishes papers focused on quantitative social science research and methodology. The journal features articles that illustrate the use of quantitative methods to empirically test social science theory and emphasizes research concerned with issues or methods that cut across traditional disciplinary lines.