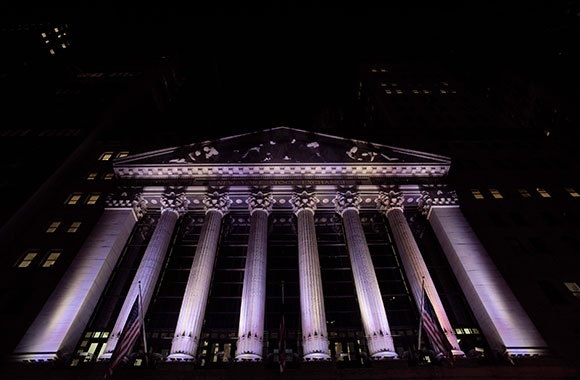 The Dark Side of Extreme Wealth

An initiative funded by the James M. and Cathleen D. Stone Foundation will explore the detrimental effects not just of inequality but of great wealth on democratic institutions. Watson asked political scientist James Morone, John Hazen White Professor of Political Science, Public Policy, and Urban Studies, and Margaret Weir, Wilson Professor of International and Public Affairs and Political Science, co-directors of the James M. and Cathleen D. Stone Inequality Initiative, to talk about the focus, purpose, and possible outcomes of this new project.

On Thursday, November 4, at 4 pm, the project will host its first event, a discussion of the book Who Gets What? The New Politics of Insecurity, edited by Weir and Frances Rosenbluth (Yale University). The book harnesses expertise from across the social sciences to show how skyrocketing inequality and social dislocation are fracturing the stable political identities and alliances of the postwar era across advanced democracies. Register the event or watch the webcast.

What is the James M. and Cathleen D. Stone Inequality Initiative going to study?

The central focus of our project is the impact of great wealth on American democracy.

Great wealth has long been recognized as a danger to democracy. When he studied America in the 1830s, Alexis de Tocqueville praised American inheritance laws for preventing the emergence of an aristocracy similar to that in Europe. But even back then, he saw trouble brewing: he warned future Americans to be careful of what he called a “manufacturing aristocracy” – a wealthy business class – and of the “fatal” consequences they would suffer for slavery.

Well, today we’ve gone from one of the most equal nations to one of the least – at least among wealthy nations. The consequences are everywhere – in our health, our institutions, our cities, and our governments.

Great wealth threatens democracy itself. Billionaires have a disproportionate influence on politics. Through political donations, the wealthy can affect the outcome of elections. They alter the political world by reshaping the institutions that support democracy, such as newspapers and media. The very wealthy distort the entire political system by tilting policy away from the needs of the majority. And there’s a more insidious effect: great wealth changes the culture. It feeds the sense that ordinary people – and politics itself – can’t really get anything done. Why participate if government can’t deliver?

We’ve heard the initiative referred to informally as the “Gilded Ages Project.” Where did that come from?

Great inequalities grew after the Civil War and resulted in the first Gilded Age. Now, we’re in a second Gilded Age. Our project is designed to understand the consequences for politics and society, and the nation. And we plan to focus on the really difficult question: how do gilded ages come to an end?

Inequality has been studied a lot. How is this project different?

There are a lot of terrific studies that focus on how inequality creates problems for low and middle income people – the 99 percent. That’s an important topic, but we’re going to take a different and equally important angle. We want to shine a light on the consequences of having a class of very, very wealthy people. What does it do to a society to have 724 billionaires who together own $8 trillion?

We focus on the way great wealth hollows out social solidarity. It erodes the public institutions that have long provided paths of upward mobility – especially education. But it goes deeper. We’ll explore how rich people’s preferences affect every important institution – including universities, museums, hospitals, parks, football teams, the media, and recreation. All now rely heavily on investments (or philanthropy) by the very rich. That means an elite group of Americans gets to shape what our most basic institutions look like.

Take one example. Urban America is starved for cash. Enter the philanthropists who remake urban institutions: wealthy individuals “adopt a class” and offer the lucky students a free college education. Donors shape what’s on display at art museums. We’ve even watched as a hedge fund bought a major public hospital and flipped it for the real estate.

In short, great wealth reshapes cities, and we want to figure out exactly how.

Watson: Is your project mainly about economics?

One thing that’s unique about our project is that we look at many kinds of consequences: economics, politics, media, and culture. How, for example, does great wealth shape the kinds of entertainment – movies, television, books – that are available in a country?

Watson: Do you study this through the lens of race and ethnicity?

Absolutely. Any study of democracy in the United States must confront our history of racism and exclusion. Great wealth and the diminishment of the public sector especially harms the African American and Latinx communities, which were left out of the federal policies that created the American middle class in the aftermath of World War II.

And going further back, American economics were originally organized around the forced labor of enslaved people. What are the legacies of slavery as they echo through time? That’s one thing we’re especially going to focus on.

Watson: Do you plan to propose solutions to reduce inequality in this country?

We are especially interested in illuminating how political action and public policy can work to lessen inequality. Some of the policies we plan to explore are regulatory efforts to break up monopolies; the current initiatives of the Biden administration, including efforts to strengthen the Internal Revenue Service; and efforts to control the destructive impact of private equity on key institutions of American democracy, such as newspapers.

We will also examine how past eras of great inequality have ended, mining our history for lessons for today.

Watson: Why is Brown a good home for this project?

Brown has a terrific advantage in launching a project on great wealth and inequality. The walls between our academic departments have always been low. Brown has a long history of cross-disciplinary conversation. The James M. and Cathleen D. Stone Inequality Initiative will be convened by political scientists and the Watson Institute, but its membership will stretch across the campus.

Moreover, in contrast to many other places, Brown has long featured collaboration between faculty and students. We place particular emphasis on student involvement – we expect to name at least 10 student fellows a year. Stay tuned for more information on that.

In a word, we plan to engage the full range of the Brown community: teaching, research, and public engagement. Or, to put it differently: students, faculty, staff, and the wider community.