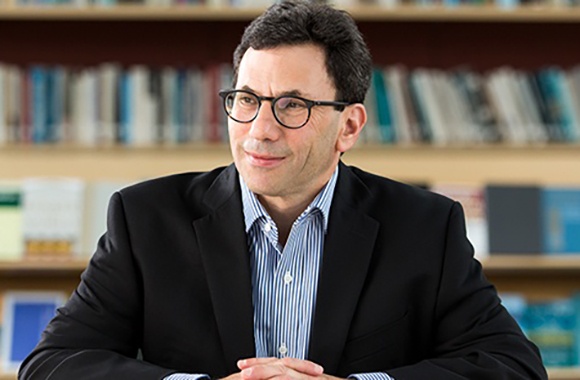 "It is easy to get caught up in current headlines – we hope the book [Dynamics of American Democracy: Partisan Polarization, Political Competition, and Government Performance] helps readers place current partisan conflicts in a wider historical and conceptual perspective."

Is America’s Grand Experiment With Democracy at an End?

Democracies are supposed to respond to all of their citizens, yet our American political system – as it exists today – is broken: Our political two-party duopoly caters to highly ideological party primary voters and special interests; erects nearly insurmountable barriers to new competition from independents or third parties; encourages extreme partisanship, rather than compromise; and fails to implement legislation to benefit society at large.

So wrote Katherine M. Gehl, a business leader and political reformer, and the Bishop William Lawrence University Professor at Harvard Business School Michael E. Porter, in their essay, “Politics Industry Theory,” in the newly published book, Dynamics of American Democracy: Partisan Polarization, Political Competition, and Government Performance.  The book is co-edited by professors affiliated with the Watson Institute for International and Public Affairs at Brown University, Eric Patashnik, Julis-Rabinowitz Professor of Public Policy and director of the MPA Program, and Wendy J. Schiller, Royce Family Professor of Teaching Excellence in Political Science and chair of political science; and is published by University Press of Kansas.

The Watson Institute spoke with Patashnik and Gehl to learn more about the project. The interviews were lightly edited for clarity and brevity.

Q: What inspired the development of this book – both its content and its contributors; isn’t it fairly unusual to include the divergent perspectives of both academics and practitioners in a single book?

Patashnik: Anyone who has watched the American political system over the last 10 or 20 years has to have a sense of deep humility. Few experts predicted that Donald Trump would be elected president in 2016. Almost no one expected the level of partisan polarization to climb this high. Few thought issues like health reform and the environment would become so contentious. Are our governing problems originating in Washington, or do they reflect something happening among the citizenry itself?  We weren’t sure. Rather than presuming the answers, we thought the best way to understand what ails American governance was to bring together leading scholars of the key trends shaping American politics today. We also recognized that scholars don’t have all the answers, and we thought we could learn a lot from the perspective of business leaders who have had experience developing products that respond to public preferences in an era of rapid technological and demographic change.

Q: Who do you hope absorbs the lessons of this book; who is your target audience?

Patashnik: The book should interest not only scholars but also educated lay readers concerned about American democracy. It is easy to get caught up in current headlines – we hope the book helps readers place current partisan conflicts in a wider historical and conceptual perspective.

Q: Katherine, as a CEO and business leader, what led you to immerse yourself in an effort to understand American politics and advocate for political reform?

Gehl: I was deeply engaged in politics for much of my adult life—and I was increasingly frustrated. I sought improvements through better candidates, or better policy, or better political culture. None of that worked.

Fortunately, my full-time career was in business. In 2013 I was the CEO of a $250 million high-technology food and beverage manufacturing company in Wisconsin. That’s where the breakthrough happened for me. While I was leading a classic strategy project for my company, I simultaneously uncovered that thinking about politics as an industry and using a competition lens to figure out what was really going on—and going wrong—was illuminating and uniquely helpful.

In 2015, after selling my company I started focusing on engaging business leaders in political innovation. It didn’t work. I failed. They were missing in action. I realized, I needed to create the business case for investment. I began developing what I call “Politics Industry Theory” to understand what was wrong, identify solutions, and then show how the solutions could happen. In 2016, I invited Michael Porter to join me as my co-author for this “investment case.” Together, we wrote a Harvard Business School report that led to our book, “The Politics Industry,” which was published in 2020.

Q: The chapter you and Porter wrote asserts that implementing what you call “Final-Five Voting” – a two-pronged election reform that combines open, nonpartisan, top-five primaries and ranked choice voting (RCV) in general elections—would promote more political competition and winners who have support from the majority of the electorate. Fewer than a dozen countries offer RCV in one or more of their elections; they range from Australia, New Zealand and the United Kingdom to Fiji, Malta, and New Guinea. Do these countries’ RCV offer a roadmap for the United States to follow?

Gehl: We can certainly learn from the successes and tribulations of political innovations in other countries, but the institutional contexts are somewhat different. Fortunately, we will soon have a real-life look at the system in action in the U.S.  The state of Alaska just passed a measure somewhat similar to what we are proposing—Final-Four Voting—which will take effect in 2022. We look forward to studying the effects of this and other political reforms.

Q:  Has there been evidence of either less political polarization or higher percentages of eligible voters turning out to vote after countries implemented RCV?

Gehl: There is evidence to support both of those benefits—and the theory suggests we would expect those benefits here in the U.S. as well. Having said that, it’s important to note that the outcomes we target with Final-Five Voting are results and accountability. Higher turnout and a “less divided” country per se, while laudable, would fall far short of our goal. What people really need and want from politics is better results.  That’s one of the reasons I take care to primarily refer to this work as political innovation—because it doesn’t just address symptoms or improve ideals. It really gets to the root cause and affects the likelihood that the system delivers what citizens need.

Q: In the November elections, Alaska voters approved a ballot initiative to use RCV in their elections, but Massachusetts voters rejected a similar measure. What do you make of these outcomes?

Gehl: Change isn’t a straight line. So, it’s disappointing, but not any sign that this isn’t the right direction—though it’s definitely a sign that the message didn’t get out to enough voters in Massachusetts.

Having said that, it is important to note that the ballot measure in Massachusetts was RCV alone, whereas the measure in Alaska was Final-Four Voting (i.e., the combination of top-four primaries and ranked choice voting general elections). That’s not a small difference. The combination of incentives in Final-Four Voting has a much more profound impact on the freedom and agency our congresspeople have to legislate in the public interest—and, if Alaska is an early indicator, of how voters feel about its addressing what they don’t like in our current system. My fervent hope is that the next time Massachusetts votes on an election reform, it will be for the combination innovation, Final-Five Voting.

Q: This book was published in the midst of election-related crises: A significant minority of the population refuses to believe that the election was fair and honest and a federal government official has willfully refused to allow official transition processes to get underway. How do these factors, plus the president’s refusal to concede the election, make your book’s messages more relevant to preserving American democracy?

Patashnik: I think our book highlights the dangers of political tribalism, and the existential fear that exists among a portion of the electorate—especially among a segment of the Republican base—that losing an election now means not only that your side didn’t win, but that your identity and way of life is under threat. There is no doubt that the Trump presidency exacerbated political tribalism, but the forces are so strong now it is not clear that even a centrist Biden presidency will be able to tame them.

Q: Is there political will – among political leaders or voters – to reform our voting system and processes to encourage legislators to actually meet the needs of their constituents through good governmental policies? Do you see any evidence of such will at any level of government?

Gehl: The movement for these non-partisan systems changes to our elections has grown dramatically since I started this work more than seven years ago. I do a lot of work with business leaders, and we really see buy-in there. As Michael and I wrote in a Harvard Business Review article that came out at the same time as the book, “There is no greater threat to our economic competitiveness and social progress than our passive acceptance of a failed political system. Business leaders would not tolerate such performance in any of their organizations. Rather, they would diagnose the problem, design a solution, take action, and fix it. Business leaders, right alongside other citizens, can and must do the same for our politics. Now.”

The thing is, we’ve got to be working on solutions that are both powerful and achievable. Many political reform efforts are powerful enough to affect results (e.g., non-partisan redistricting) or not achievable, in any realistic time frame (e.g., constitutional amendments for reducing corporate money in politics) or both (e.g., term limits).  Final-Five Voting is both. So, it’s worth investing agency in these initiatives. And that’s how we’ll be successful.

Additionally, Final-Five Voting can be adopted by each state individually. Our Constitution gives states the power to change election rules. In half the states, we don’t even need politicians to agree because the rules can be changed by referendum. And I am confident we’ll change it with legislation also because politicians know we can’t keep doing what we’re doing in Washington, D.C. We’ll get there.

Learn more about the book HERE.