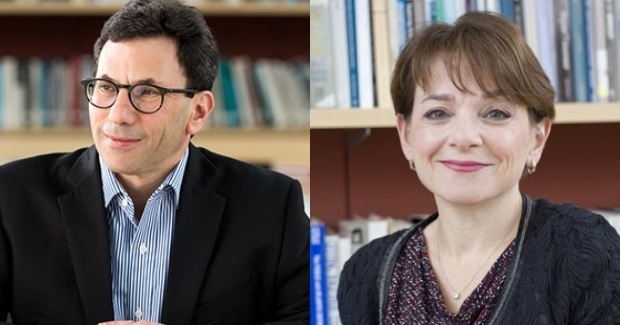 Watson spoke to Patashnik and Schiller and asked them to share some of the most important findings of the research presented in the book. Here's what they said:

Three key findings of the book stand out. First, Democrats and Republicans increasingly hold fundamentally different views on the meaning of American identity. As James Morone of Brown University argues, the two major parties once deflected identity conflicts. Each of the parties protected (and rejected) different marginalized groups, such as immigrants and Black Americans. However, the Democratic party today embraces both immigration rights and racial justice, and the Republican party (supported by its rural, white working-class base) opposes these positions. It remains to be seen whether the GOP will adopt a more multicultural identity following Trump’s surprisingly strong showing among Latino and Black voters in the 2020 election.

Second, while Trump’s presidency represented a sharp break with democratic norms in many respects, it also marked—according to Nicholas F. Jacobs of Colby College and Sidney Milkis of the University of Virginia—the “culmination of a century-long development in American politics: the rise of executive-centered partisanship.” Presidents of both parties now regularly pronounce party doctrine and make aggressive use of their administrative powers to advance their party’s governing priorities. It remains to be seen whether the Biden administration will fundamentally move away from this trend of executive aggrandizement.

Finally, the book presents survey data that shows that two-thirds of voters want more alternatives to the policy choices that Democrats and Republicans are offering, but they do not necessarily want a third party. And Americans who do want a third party disagree on what kind of party it should be. One-third of those who support a third party want a party of the center. One-fifth want a party more conservative than Republicans. And another fifth want a party more liberal than Democrats. This isn’t to say that electoral reform is impossible. We may do best using the flexibility of American’s federal system to test out different reform ideas and see which ones work best.

Read a Q&A with Eric Patashnik and Katherine Gehl, "Is America's Grand Experiment with Democracy at an End?" HERE.

learn more about the volume