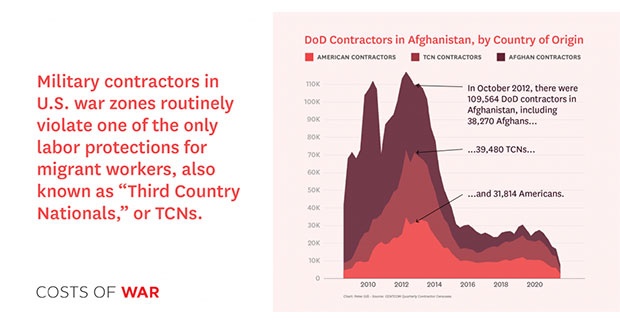 This paper examines labor abuses during the war in Afghanistan, focusing on how the U.S. is denying legally-required compensation to foreign workers in war zones. The U.S. government leaned heavily on contractors to do its essential work during the war in Afghanistan. In 2020, approximately 65% of wartime contractors were citizens of Afghanistan or a third-party country, such as Nepal. This paper focuses on how the U.S. military and Department of Labor have done little to enforce the U.S. Defense Base Act (DBA), which calls for the provision of compensation to all workers, regardless of their nationality, injured under U.S. contracts, and for the provision of financial compensation to their kin in case of death.