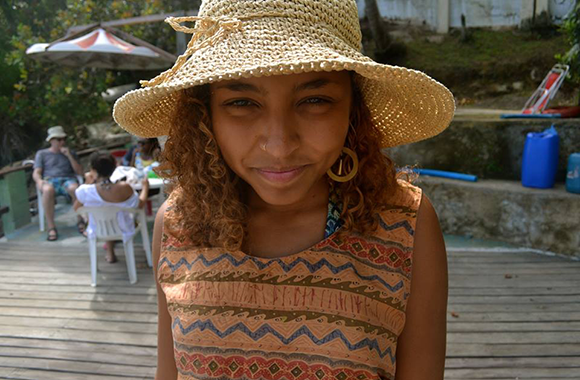 "I’ve always been fascinated by issues of environmental sustainability and how they intersect with issues of social justice. In the US, I got involved with fossil fuel divestment and climate justice campaigns."

How did you decide on the research area that your thesis is focused on?

I’ve always been fascinated by issues of environmental sustainability and how they intersect with issues of social justice. In the US, I got involved with fossil fuel divestment and climate justice campaigns. When I began to think about what I would do my thesis research on, I was studying in Brazil and I wasn't sure which issues would be pertinent or possible to explore.

I googled “Brazil, environment, development, Brown, Professor” and one of the first links that appeared was to Professor Leah VanWey's page. I immediately emailed her explaining my credentials and interests, and asked her if I could meet with her when I was back from study abroad. While I was still in Rio, she emailed me asking if I would like to work with her in Brazil the following summer. She was working on a large scale project in Bahia, in the Atlantic Forest -- a vast, under researched, and deforested tropical forest. Professor VanWey was involved in a collaborative project with two Brazilian universities and a small Brazilian NGO that, together, hoped to create a payment for reforestation program in the Atlantic Forest biome. Essentially, the program would ask farmers in the region to set aside small portions of their plots of land for reforestation purposes in exchange for some sort of compensation. Her project would investigate which ecological conditions and which types of financial compensation (monthly payments, credit, etc) would allow that to be a viable solution. I readily agreed to work with her and expected to figure out a research question when I got there.

What is your thesis about?

For my thesis research, I specifically looked at how small farmers in the Atlantic Rainforest interacted with the state and non-state organizations that aim to control their land use and institute certain ecological conservation practices. I also looked at how the organizations involved in conservation and development in the region perceive their role in the lives of farmers and in the evolution of the Atlantic Forest biome. I found that both parties were invested in sustainable development and the conservation of an unindustrialized rural community, which is heartening. However, farmers wanted to be compensated for their adoption of conservation practices and were concerned about the future of their properties because, due to the severe poverty and lack of opportunity and access in the region, they've witnessed gradual urban migration in the younger generation. I'm excited to be returning to Bahia this summer to continue my research.