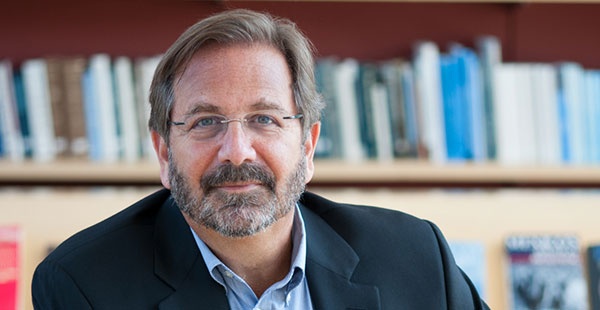 Matthew Gutmann is Professor of Anthropology, Director of the Brown International Advanced Research Institutes, and Faculty Fellow at the Watson Institute. Most of his ethnographic research has been conducted in Mexico, where he is a visiting professor at Colegio de México, and China, where he is a visiting professor at Nanjing University. He has also conducted collaborative research on United Nations Peacekeepers in Haiti and Lebanon. From 2009 to 2013, he was Vice President for International Affairs at Brown, leading the University’s efforts to build collaborations and exchanges with leading institutions around the world and major programs relevant to internationalization. Gutmann has a Master’s in Public Health, and in 2008 he won the Eileen Basker Memorial Award for the best scholarly study on gender and health. He has also been a visiting professor in China, France, Mexico, and Spain. Gutmann’s undergraduate major was modern and classical Chinese.

MEN ARE ANIMALS: This anthropological study draws on fieldwork in Mexico City and Shanghai to explore popular enthusiasm for putative scientific beliefs that men have minimal control over their sexual and violent “natures” and they must be managed and restrained, usually by societal restrictions, and by the women in their lives. Why analytic frames referencing heredity, genes, and hormones hold sway in the popular imaginary at this particular historical moment rests on more than simply the credibility of scientific discovery.

GLOBAL AFFINITIES: CITIZENS OF THE WORLD: This project looks at what people think and do to demonstrate their commitment to global affinities, identities, and associations. How people disengage from local (including national) allegiances and replace (or supplement) these with global communities is obviously easier said than done. Why might the Catholic Church, to take an unlikely example, be considered the most global institution on earth?

BREAKING RANKS: IRAQ VETERANS SPEAK OUT AGAINST THE WAR (with Catherine Lutz), California, 2010.

THE ROMANCE OF DEMOCRACY: COMPLIANT DEFIANCE IN MEXICO CITY, California, 2002.