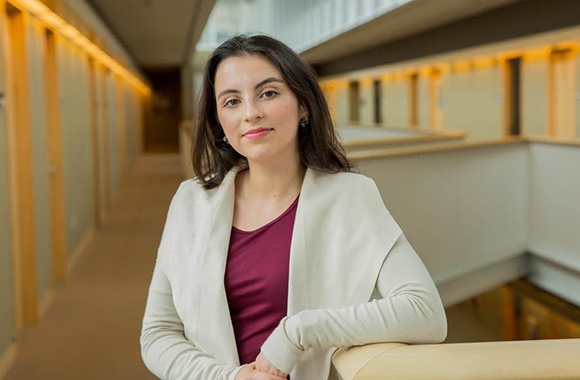 I was working in New York City for a non-profit called Safe Passage Project. They are a start-up non-profit providing free legal services to unaccompanied minors in the U.S. that are in the process of removal. The organization currently has around 700 clients (all children) and I worked directly under one of the attorneys, so I had about 30 cases. I was drafting motions, affidavits, attending immigration court every week. Because Spanish is my native language, and most of these children come from El Salvador, Honduras, and Guatemala, I was dealing mostly with client interface — so talking to parents, talking to the kids, checking in with the clients to see how they were doing and how their school was going. Especially since the beginning of the Trump administration, there has been a spike in [immigration] raids, so I had to make sure our clients were safe. Face to face interviews were about building their case and getting to know them. For me, the most valuable part was the fact that immigration is not about numbers or statistics or politics, but it is about children. It was very tough emotionally, especially because I had to interview a lot of kids who had suffered horrible, horrible things.

I have never dealt with the "other side" or immigration, because I have always been an outsider on this. I don’t think there was anything that could have prepared me emotionally for the kind of work I had to do. On the spot, however, you have to be a good writer and a fast thinker and problem solve and multi-task. One of the core requirements for IR was History of Refugees in the 20th Century during which we learned the history of asylum, so it was nice to put that into action. Also, I am the IR student representative on Watson's committee for diversity and inclusion. That ties back to immigration, because I've been advocating for inclusion since I've been at Brown, and that prepared me to be an advocate for my clients this summer.