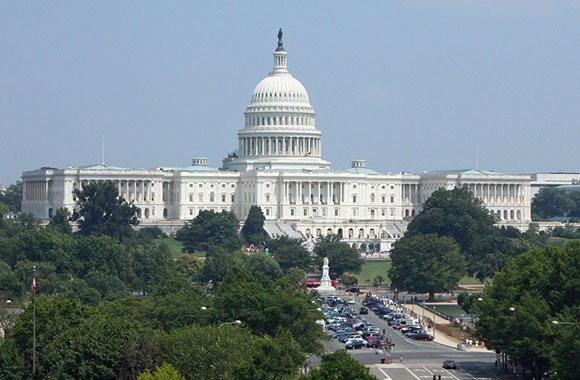 Watson scholars share the publications they are reading on politics, policy and world affairs. The publications below were chosen through the lens of analyzing and discussing current American politics.

“How to Build an Autocracy,” by David Frum in The Atlantic, 2017
(https://www.theatlantic.com/magazine/archive/2017/03/how-to-build-an-autocracy/513872/)
A concise look at how democracy could be dismantled in the US. It wouldn’t look like 20th century fascism. In the 21st century, it happens gradually, and the tanks never get rolled out — but bit by bit, democracy disappears. The author, a former George W Bush speech writer, is one of many conservatives worried about the dangerous lilt in US politics.

"Democratic Backsliding," by Nancy Bermeo in Journal of Democracy, 2016.
(https://muse.jhu.edu/article/607612/summary)
Globally, democratic backsliding has changed: coups d’état and blatant election-day vote fraud are increasingly rare while executive aggrandizement and strategic electoral manipulation are increasing. Contemporary forms of backsliding are especially vexing because they are legitimated by the very institutions democracy promoters prioritize.

Defying Hitler, by Sebastian Haffner 2003
A best-selling personal account rather than academic, this sensational book about Nazi Germany helps the reader see how individual citizens can fool themselves into thinking it won’t be so bad, or that “it couldn’t happen here."

Why Civil Resistance Works by Erica Chenoweth and Maria Stepan, 2011.
How do we stop democratic erosion? Civil resistance might be part of the answer, and this book shows why it can be successful. It finds that nonviolent resistance tends to generate high levels of participation, which contributes to political resilience, opportunities for tactical innovation and civic disruption, and the ability to shift loyalty among opponents' erstwhile supporters.

It’s Even Worse Than It Looks by Thomas Mann and Norman Ornstein, 2012.
Probably the single best analysis of how America’s political system became so dysfunctional, focusing especially on the Republican Party’s evolution from the 1980s onward.

Bonus: “Saving Liberalism,” by Jeff Colgan in Foreign Affairs, January 13 2017
(https://sites.google.com/site/jeffdcolgan/current-politics)
A short blog post for Martin Luther King Jr. Day on the social psychology of Othering. With the fall of the Soviet Union in 1991, the great foreign “Other” for the US and especially the Republican Party disappeared, with adverse consequences that are only now being fully revealed. Absent a foreign Other, the Republican Party turned on “Washington elites” as their new bete-noire.

Five books to think about Party building and Political Mobilization

Politically Incorrect: The Emerging Faith Factor in American Politics by Ralf Reed (W. Publishing Group 1994)
The former leader of the Christian Coalition describes how his organization conducted grassroots mobilization.  He emphasizes the importance of local elections, including school boards, and state elections in building the organization’s political strength.

Presidential Party Building: Dwight D. Eisenhower to George W. Bush by Daniel Galvin (Princeton University Press, 2009).
Shows the role that presidents have played in strengthening their parties; why some presidents choose to pursue party building and why others devote less attention to it.

When Movements Anchor Parties: Electoral Alignments in American History by Daniel Schlozman (Princeton University Press, 2015)
Discusses the importance of “anchor movements” for building political party mobilization capacity.  Recounts the history of the labor and the Democratic party from the 1930s and the 1980s mobilization of the Christian Coalition for the Republican party.

Groundbreakers: How Obama’s 2..2 Million Volunteers Transformed Campaigning in America by Elizabeth McKenna and Hahrie Han (Oxford University Press, 2014)
Makes the case that Obama’s two election wins were not due to superior technology, as is often argued, but to on-the-ground mobilization, assisted by technology.

The Tea Party and the Remaking of Republican Conservatism by Theda Skocpol and Vanessa Williamson (Oxford University Press, 2012.)
Analyzes the bottom-up/top-down dynamics that built the Tea Party into an essential component of the Republican Party.

Books to Help Make Sense of the Trump Moment

The Politics of Resentment: Rural Consciousness in Wisconsin and the Rise of Scott Walker by Katherine J. Cramer (University of Chicago Press, 2016.)
Explains the puzzle of why the very citizens who stand to benefit from activist government vote against the candidates who support public services. By analyzing why many rural voters are resentful of the “liberal elite’, Cramer shows how placed-based identities profoundly influence how people understand politics.

Who are We? The Challenges to America’s National Identity by Samuel P. Huntington (Simon & Schuster 2005.)
Polemical, hotly-debated book arguing that the U.S. is in the midst of a national identity crisis due to the challenge of assimilating immigrants and the growing “denationalization” of American elites

Consequences of Party Reform by Nelson W. Polsby (Oxford University Press,1983.)
Argues that reforms of the parties’ presidential nomination procedures and and shifts in the media's role in political intermediation have had far-reaching consequences for U.S. governance, including the creation of a new politics of name recognition and celebrity, the resuscitation of ideology, and an increase in the intensity of short-term public opinion trends

Insecure Majorities: Congress and the Perpetual Campaign by Frances Lee (University of Chicago Press, 2016.)
Argues that the high level of partisan conflict in Congress reflects not only sincere disagreement between Democrats and Republicans and growing ideological polarization but also the closeness of today’s party competition, which fuels party conflict by raising the stakes of every policy dispute

The Populist Explosion: How the Great Recession Transformed American and European Politics by John B. Judis (Columbia Global Reports 2016.)
Places the rise of Donald Trump in cross-national and historical perspective.

Thomas Frank, Listen Liberal (Metropolitan, 2016)
A scathing critique of the Democratic Party in the U.S., this book argues that since the late 1970s, Democrats have steadily retreated from their traditional goals of social justice and defense of the working class, and instead constructed a political party of the wealthy and the professional class.  Emphasizing the fairness of the market, the benefits of meritocracy, and the virtues of individual achievement, the party has abandoned values of solidarity, and as such, has abandoned America’s working class.  And, in the space that was created, the Tea Party entered.

Arlie Hochschild, Strangers in Their Own Land (New Press, 2016)
This book, based on years of field work in Louisiana, listens carefully to the views of grass roots-level Tea Party supporters, everyday Americans who may not benefit materially from the policies of the Tea Party, but identify spiritually and morally with those policies.  In a non-judgemental, empathetic fashion, the book explains how an essentially insurgent political movement has provided a wide swath of the Americans the kind of solidarity and moral sustenance that neither establishment Republicans nor establishment Democrats have been able to offer.

Philip Roth’s The Plot Against America (2004) describes a fictional U.S. in which Charles Lindbergh wins the 1940 presidential election on a platform of "America First," detente with Nazi Germany, and anti-Semitism.

Robert O. Paxton, The Anatomy of Fascim (Knopf, 2004)
This book argues that the rise of extreme illiberalism in Germany, Italy, France (culminating in Vichy), etc. in the pre-World War II era was enabled not just by the inefficacy of democratic politics in general, but also the complicity of traditional conservatives within the system.  Today, as illiberalism once again threatens advanced industrial democracies, the question arises of who in the system will accommodate, and who will resist.

Roderick MacFarquhar and Michael Schoenhals, Mao’s Last Revolution (Harvard, 2006)
The MacFarquhar/Schoenhals book describes in stark detail the tremendous damage that can be incurred when a national leader decides to devote his energy toward shaking things up and attacking the existing order.  In 1966, millions of educated young people took up Mao Zedong’s call to “Bombard the Headquarters.”  Galvanized by Mao's idea that the Chinese revolution was imperiled by threats from within — threats from “enemies of the people” in the party, the state, the media, and the professoriat — China’s youth plunged into paroxysms of violence and destruction.  Fifty years later, China has yet to recover.

Five Books to Think About News and Politics

Understanding Media: A Popular Philosophy
By Dominic Boyer, Prickley Paradigm Press, 2007
A short but powerful and incisive book that asks questions about how we understand the role of media in society today and what it ultimately reveals about us. It forces us to think about our relationship to media, and in doing so, reevaluate society at large.

Image Brokers: Visualizing World News in the Age of Digital Circulation
By Zeynep Devrim Gursel, University of California Press 2016.
Images play an outsized role in news media consumption in the digital age. This wonderful ethnography takes the reader inside some of the major news agencies in the world to show us how news agencies make decisions about what ultimately becomes the defining photos of stories worldwide.

The Life Informatic: Newsmaking in the Digital Era
By Dominic Boyer, Cornell University Press 2013
An ethnography of newsrooms in the digital age. This book takes the reader to the offices where journalists struggle to maintain their authority as "clicks" come to determine their profession. An important long-term study of newsrooms in the digital age.

Back Stories: U.S. News Production and Palestinian Politics
By: Amahl Bishara, Stanford University Press 2012
One of the most incisive ethnographies of U.S. news production to date. Back Stories shows us how international U.S. news is produced and how what we consume about the world on our television screens or in our newspapers occults more than it reveals.

Twilight of the Elites: America After Meritocracy
By: Christopher Hayes, Broadway Books 2013
A short and all-encompassing book about the ways in which American "meritocracy" has led to unprecedented levels of inequality all across our elite institutions, including the media.