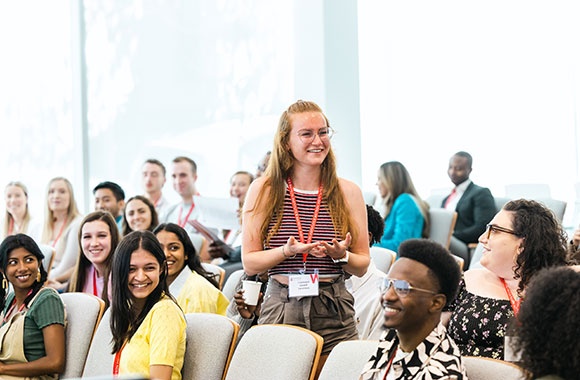 The Watson Institute and its centers, institutes, and programs have planned a dynamic roster of thought-provoking events for the fall semester. Speakers include a wide range of experts – scholars and artists, lawmakers and filmmakers, artists and attorneys – discussing the historical events and current issues societies are grappling with across the globe.

You can find the complete line-up here. Below are some highlights of what’s to come.

September 8: The Brazil Initiative will host a conversation with Argelina Cheibub Figueiredo, of Rio de Janeiro State University, about the current state of politics in Brazil leading up to the presidential elections.

September 9 – 10: Brown president Christina Paxson will officially inaugurate the Center for Contemporary South Asia as the Saxena Center, followed by a reception featuring Pakistani singer and author Ali Sethi. This will be a kick off a two-day series of panel discussions on the theme of Marginalization and Inclusion in South Asia. More info.

September 16 – 17: Watson, the Center of Middle East Studies, and the John Nicholas Brown Center will co-sponsor the conference Rethinking Binational Cities: The Challenge of Israel/Palestine.

October 27 – 28: The Center for Middle East Studies will host the symposium Thinking Algeria at 60: Colonialism, Revolution(s), and the Reshaping(s) of a World. The event will include an exhibition of works by Algerian photographer Mohamed Kouaci, never before shown in the United States.

October 28: The Center for Caribbean and Latin American Studies will host Guatemalan feminist sociologist, poet, and rap singer Rebeca Lane, who will offer a morning workshop on "artivism" as it relates to reproductive rights as well as an evening performance.

November 11: The Center for Human Rights and Humanitarian Studies will host a lecture by human rights lawyer Malika Saada Saar ’92, senior Counsel on civil and human rights at Google and the founder of Rights4Girls.

November 18: The Rhodes Center for International Economics and Finance hosts a talk by Jonas Nahm from the Johns Hopkins School of Advanced International Studies on the development of wind and solar industries in China, Germany, and the United States as a window into the political economy of innovation and industrial development in highly globalized industries.

November 17: Watson will host a conversation between Connecticut Attorney General William Tong and attorney and former diplomat Norman L. Eisen ’85, a senior fellow in governance studies at the Brookings Institution, a CNN legal analyst, and the co-founder and executive chair of the States United Democracy Center.