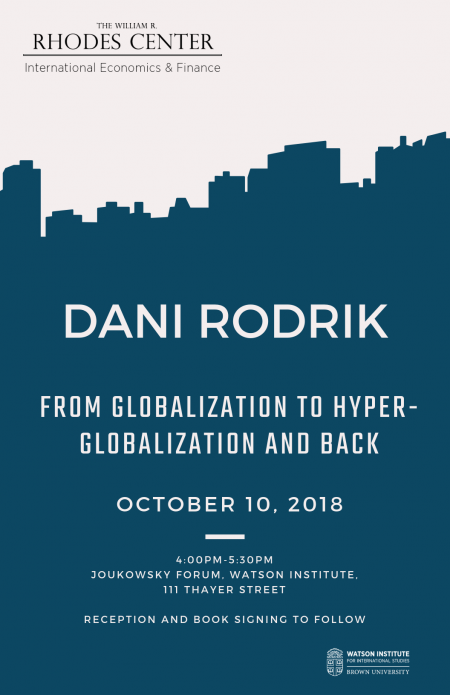 Dani Rodrik is an economist whose research covers globalization, economic growth and development, and political economy.

He is the Ford Foundation Professor of International Political Economy at Harvard's John F. Kennedy School of Government. He was previously the Albert O. Hirschman Professor in the School of Social Science at the Institute for Advanced Study in Princeton (2013-2015).

Professor Rodrik is currently President-Elect of the International Economic Association. His newest book is Straight Talk on Trade: Ideas for a Sane World Economy (2017).