Marco Buti - Inclusive Multilateralism as a Response to Economic Nationalism? 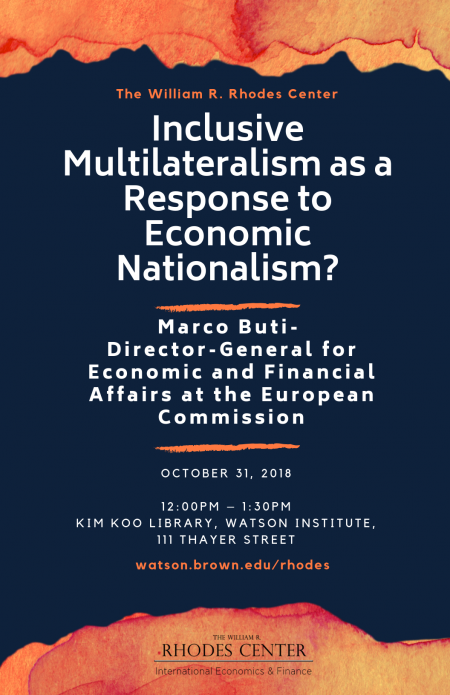 After studies at the Universities of Florence and Oxford, Mr Buti joined the European Commission in 1987. He held various posts as an economist in DG ECFIN and the Commissioner's cabinet (private office) before taking up a post as an economic adviser to the Commission President in 2002-03. In 2003 he returned to DG ECFIN as Director for the Directorate for economies of the Member States, and in September 2006 was appointed Deputy Director-General.

Mr Buti has been a visiting professor at the Université Libre de Bruxelles, the University of Florence and the European University Institute, and has published extensively on Economic and Monetary Union, macroeconomic policies, welfare state reforms, and European unemployment.