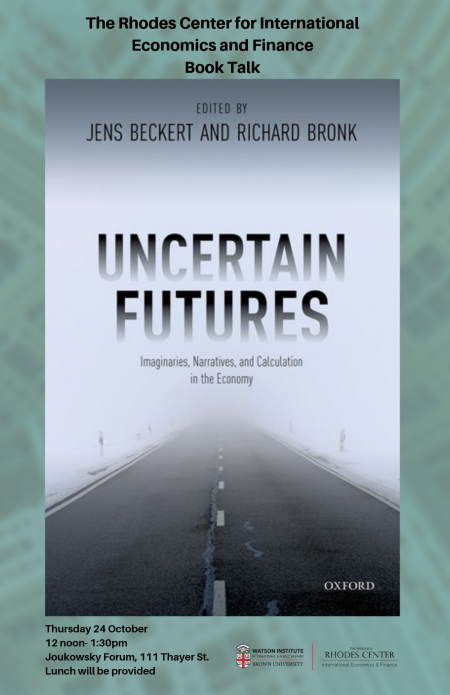 Uncertain Futures: Imaginaries, Narratives, and Calculation in the Economy

Dynamic capitalist economies are characterised by relentless innovation and novelty and hence exhibit an indeterminacy that cannot be reduced to measurable risk. How then do economic actors form expectations and decide how to act despite this uncertainty? This talk will focus on the role played by imaginaries and narratives as well as calculation, and argue that the market impact of shared calculation devices, social narratives, and contingent imaginaries underlines the rationale for a new form of ‘narrative economics’ and a theory of fictional (rather than rational) expectations. When expectations cannot be anchored in objective probability functions, the future belongs to those with the market, political, or rhetorical power to make their models or stories count. The discussion will also explore the dangers of analytical monocultures and discourses of best practice in conditions of uncertainty, and examine the link between uncertainty and some aspects of populism.

Jens Beckert is director of the Max Planck Institute for the Study of Societies in Cologne, Germany. He is currently Theodor Heuß Visiting Professor at the New School for Social Research in New York. Beckert works in the field of economic sociology with a special interest in the investigation of markets. In recent years his research focused on the role of expectations and imaginaries in economic decision making. His book Imagined Futures. Fictional Expectations and Capitalist Dynamics was published in 2016 with Harvard University Press.

Richard Bronk is a Visiting Senior Fellow at the European Institute of the London School of Economics (LSE). He is author of The Romantic Economist: Imagination in Economics, Cambridge University Press (2009). Educated at Merton College, Oxford, Bronk worked for seventeen years in the City of London - in the Bank of England and as an equity fund manager - before joining LSE in 2000 to teach European political economy. His approach to philosophy of economics is grounded in a history of ideas perspective and in his practical experience in markets and policy.