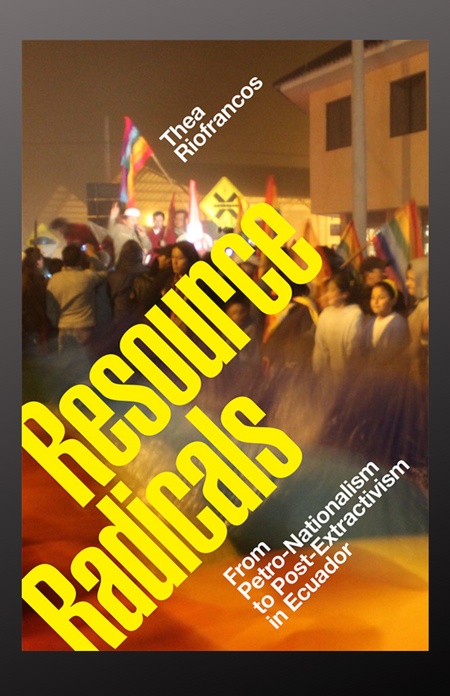 In 2007, the left came to power in Ecuador. In the years that followed, the "twenty-first-century socialist" government and a coalition of grassroots activists came to blows over the extraction of natural resources. Each side declared the other a perversion of leftism and the principles of socioeconomic equality, popular empowerment, and anti-imperialism. In Resource Radicals, Thea Riofrancos unpacks the conflict between these two leftisms: on the one hand, the administration's resource nationalism and focus on economic development; and on the other, the anti-extractivism of grassroots activists who condemned the government's disregard for nature and indigenous communities.

In this archival and ethnographic study, Riofrancos expands the study of resource politics by decentering state resource policy and locating it in a field of political struggle populated by actors with conflicting visions of resource extraction. She demonstrates how Ecuador's commodity-dependent economy and history of indigenous uprisings offer a unique opportunity to understand development, democracy, and the ecological foundations of global capitalism.

Thea Riofrancos is Assistant Professor of Political Science at Providence College and coauthor of A Planet to Win: Why We Need a Green New Deal. She will join the Brown Climate Solutions Lab and the Rhodes Center to discuss her new book "Resource Radicals: From Petro-Nationalism to Post-Extractivism in Ecuador."