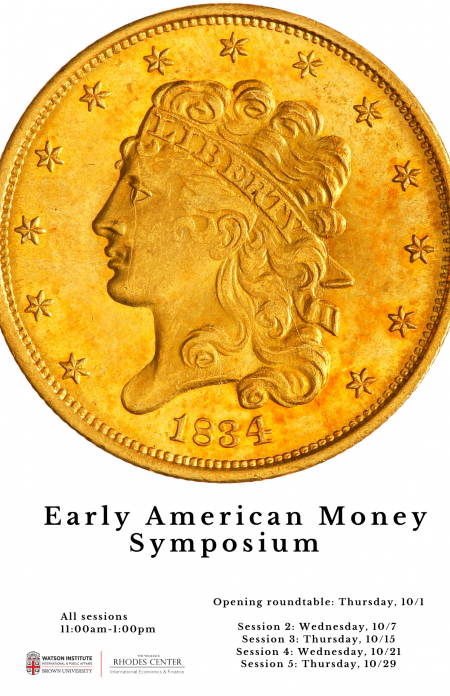 The Rhodes Center for International Economics is pleased to announce a workshop on the history of money in Early America.

In colonial British North America and the Early Republic United States, money was not seen as an arbitrary marker of value, but a product of the state used to shape markets and society as a whole. Americans took an experimental approach currency and monetary institutions: the colonies created some of the earliest first state-issued fiat currency, paper notes of widely varying value issued by thousands of banks and other institutions circulated in the Early Republic, and Americans even established and destroyed a national bank on two separate occasions. At the same time, money became the central political issue, through which Americans struggled to determine who had political power, who markets would benefit, and the kind of society they would be.

Recently, historians, economists, and political scientists have come to understand money in the same way early Americans understood it. They argue that money is a legal institution created by governments and that can be deployed to create a more democratic and egalitarian society. This workshop takes a historical approach to understand currency at a time when questions about money have once again returned to the center of political debate. It will explore the relationship between money, the state, and society in Early America, and ask how America’s complex and experimental monetary history can inform our contemporary moment.