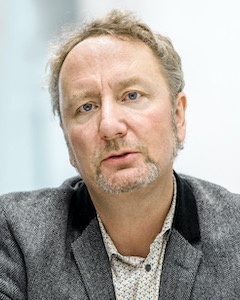 Mark Blyth is a political economist whose research focuses upon how uncertainty and randomness impact complex systems, particularly economic systems, and why people continue to believe stupid economic ideas despite buckets of evidence to the contrary. He is the author of several books, including Great Transformations: Economic Ideas and Institutional Change in the Twentieth Century (Cambridge: Cambridge University Press 2002, Austerity: The History of a Dangerous Idea (Oxford University Press 2013, and The Future of the Euro (with Matthias Matthijs) (Oxford University Press 2015).