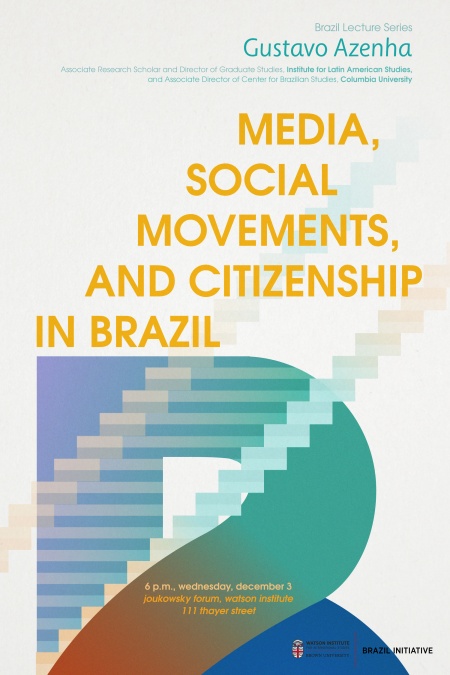 Brazilians have a long history of creatively mobilizing new technologies in the service of counterhegemonic projects, from the innovative use of sound and film technologies during the military dictatorship, to the domestication of home recording equipment among indigenous peoples in the 1980s, to the deployment of mobile technologies and social media in the June 2013 protests that spread throughout the nation. Professor Gustavo Azenha's presentation explores the use of social media and mobile technologies in recent protests and contentious policy debates that have garnered widespread attention and been the focus of intensive new media advocacy activity. The presentation examines the links between “virtual” and “real” social mobilization around pressing socioeconomic issues, as well as the interrelations between emergent forms of asserting citizenship and mobilizing the third sector, with the changing socioeconomic and political landscape of Brazil.