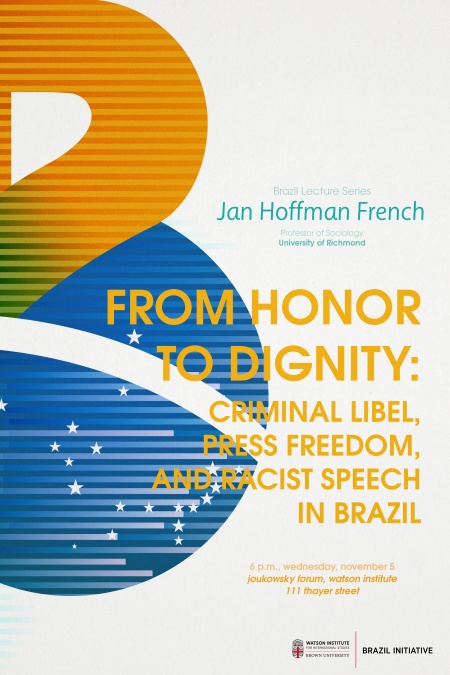 This conceptual paper, presented by Professor Jan Hoffman French, emanates from a press freedom case in Brazil, and argues that honor crimes, such as criminal libel, have paved the way for regulating racist hate speech, which in many Western democracies is deemed to protect equality and dignity. Explaining that the United States is an outlier when it comes to absolute free speech, the paper also critiques the use by international NGOs of local examples to further their goals that are sometimes, and particularly in this case, normatively centered on free speech assumptions of the United States.