Netmundial, Marco Civil, and CGI.br: The Modern Brazilian Regulatory Environment for the Internet 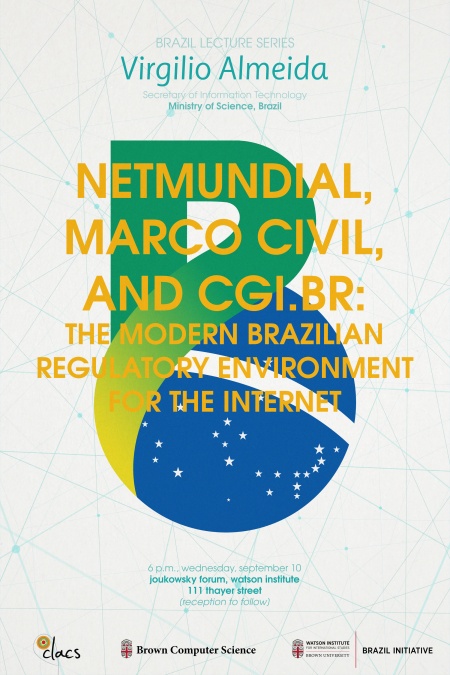 The growing global dependence on the Internet increases the importance of its governance processes.  In this talk, Virgilio Almeida will  discuss several characteristics of the Brazilian regulatory environment for the Internet: the history of the Brazilian Internet Steering Committee (cgi.br), a multistakeholder committee responsible for  coordinating and integrating all Internet service initiatives in Brazil, the process of developing and approving the Marco Civil, which is the Brazilian law of civil rights for Internet users and service providers, and lessons learned from the process of preparing and running the NETmundial meeting, which discussed Internet governance principles and a roadmap for the future Internet ecosystem. He will then conclude by discussing plans for the evolution of the Internet in Brazil.

Virgilio A. F. Almeida is the Secretary for Information Technology Policy of the Ministry of Science, Technology and Innovation of Brazil and also the chairman of the Brazilian Internet Governance Committee (CGI). He is  a professor at the Computer Science Department at the Federal University of Minas Gerais (UFMG), Brazil. His areas of research interest include large scale distributed systems, Internet, social computing, autonomic computing and performance modeling and analysis.