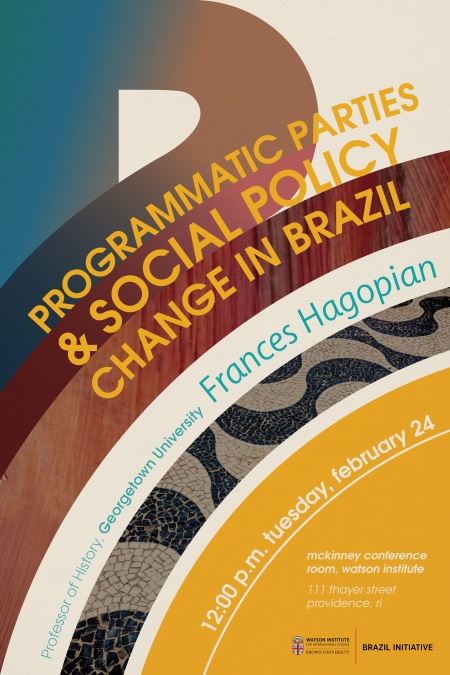 In the past two decades, at a time when welfare states around the world have been in retrenchment, Brazil has seen a broad extension of social insurance and a remarkable improvement in social welfare due to improved social policy. The historical weakness of the Brazilian social welfare state in the post-war period (1945-1964) and the poor performance of Brazilian governments in the first decade of democratic governance after military rule (1985-1994) belie the notion that the establishment of a democratic regime alone can account for such reform. The alternative argument explored in this seminar is that rising social welfare investments and outputs are due to the rise in national politics of parties that reformed the state, insulated social policy from political pressure, purged clientelism from the administration of social service ministries, and were rewarded by voters for doing so.