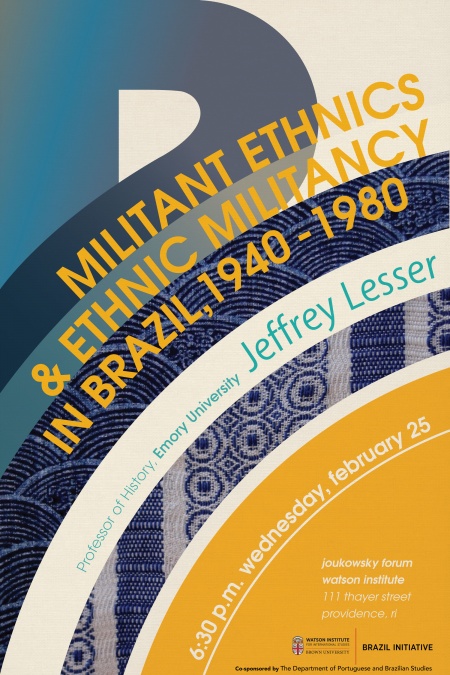 Brazil, like the United States, is often described as a country of immigrants.  Those of immigrant descent number in the many millions, are frequently in the higher echelons of Brazil’s economic, educational and residential spheres, and are often glossed as neither black nor white.  This lecture looks at two moments when ethnic Brazilians were put under particular state pressure (the dictatorships of Vargas and the military) and reacted by using their “foreign” ethnicity and Brazilian national identity to negotiate, often successfully, for expanded cultural and political spaces.