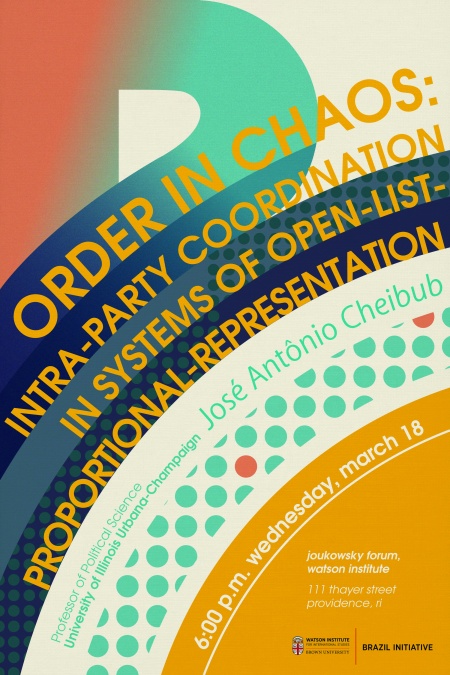 Professor Cheibub's paper studies the role of political parties in composing candidate lists in a permissive electoral system. It argues that political parties play a central role in preventing the eruption of all-out competition among co-partisans, and provides evidence supporting the view that parties strategically limit the number of viable candidates competing under their label. Data is used from contemporary Brazil, which is, arguably, the worst case for finding evidence of intra-party coordination.