Lazaro Cunha - Oguntec: The Inclusion of Black Youth in Science and Technology in Bahia 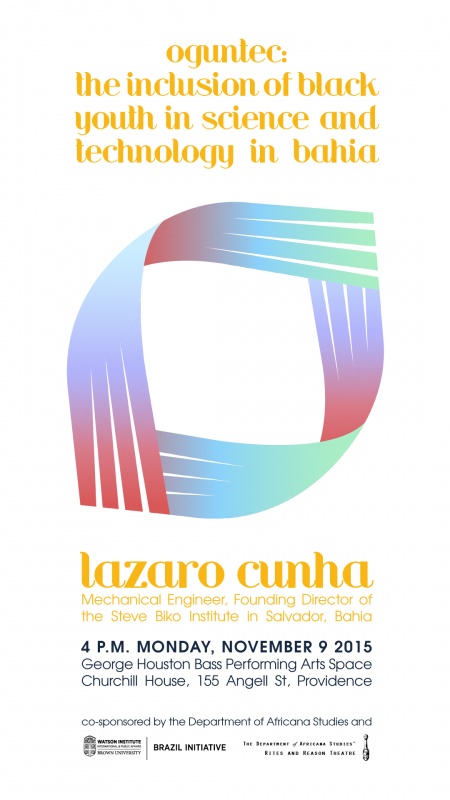 This talk will analyze the trajectory of the Steve Biko Cultural Institute, an educational organization of the Brazilian black movement that since 1992 has given a new tone to Brazilian higher education.  Cunha will reflect on the context that encouraged the Institute’s emergence in Salvador da Bahia, and in doing so, describe the profile of its activist-founders and the youth who participate in and co-produce it. Biko Institute’s educational projects will be outlined, particularly its initiatives to open up study and research in science and technology to the Afro-descendant majority, think through more inclusive engineering and innovation, and promote human rights and anti-racism in Brazil. Finally, the talk will reflect on the impact of these actions on Biko Institute’s constituencies, and on the public policies of the Brazilian state, particularly in the current conjuncture.

Co-sponsored by Africana Studies and the Brazil Initiative.