Oswaldo Truzzi - Lebanese and Syrian Immigration to São Paulo from 1880 to 1950: Socio-Economic Mobility and Identity Patterns in a New Homeland 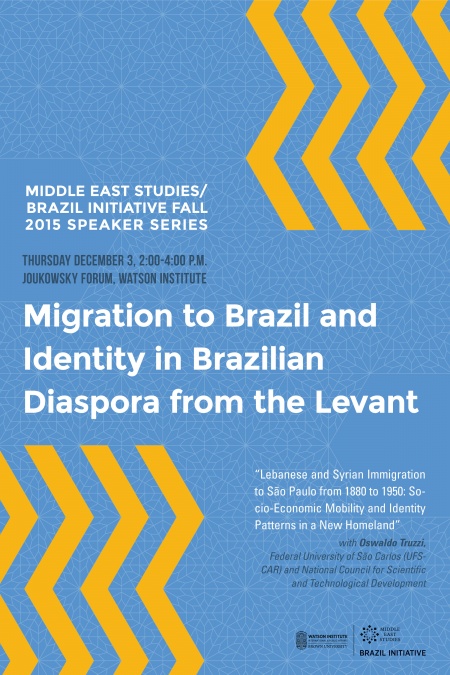 The saga of thousands of Lebanese and Syrian immigrants who moved to Brazil from the last two decades of the 19th century until the 1930s constitutes a great chapter in the immigration history of Brazil, and especially of São Paulo. This paper focuses on the main features of this pioneering saga, by exploring the characteristics of the flow, the socio-economic insertion, identity patterns, processes of differentiation of the group, as well as the massive entry of the first generation born in Brazil in the professions and in local politics. Finally, a comparative approach highlights the similarities and differences in the trajectories of Lebanese and Syrians in Brazil and the United States.