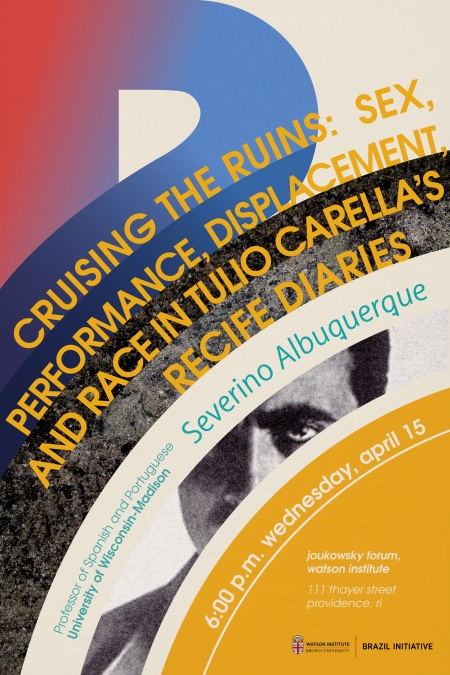 This presentation focuses on the sexually explicit diary Argentine playwright and theater professor Tulio Carella (TC) (1912-1979) wrote during an 18-month stay in Recife, Brazil, in the chaotic period leading up to the 1964 military coup. The apprehension of the manuscript (published a few years later as Orgia) by the military at a time of intense repression in South America deployed additional fissures to Carella's writing of exclusion and pain. Professor Albuquerque's project undertakes a critical reading of the diary and a rethinking of the entire approach to his writings. A reconsideration of Carella's contributions should begin with the exact reason(s) behind the virtual ignorance the diary has been relegated to in Argentina and Brazil. Orgia and Carella's entire Brazil experience touch on too many issues that are central to contemporary theory to have been so blatantly ignored by scholars of gender, race, and theater and performance