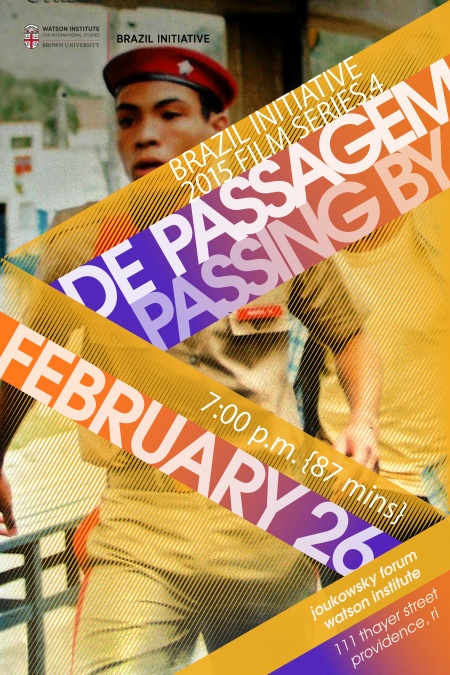 "De passagem" is a 2003 film about the return of Jefferson, who has joined the military, to his old neighborhood in São Paulo after his brother Washington dies and his body disappears.