War and Slavery in the Rio de La Plata Basin: The Triple Alliance against Paraguay (1864-1870) 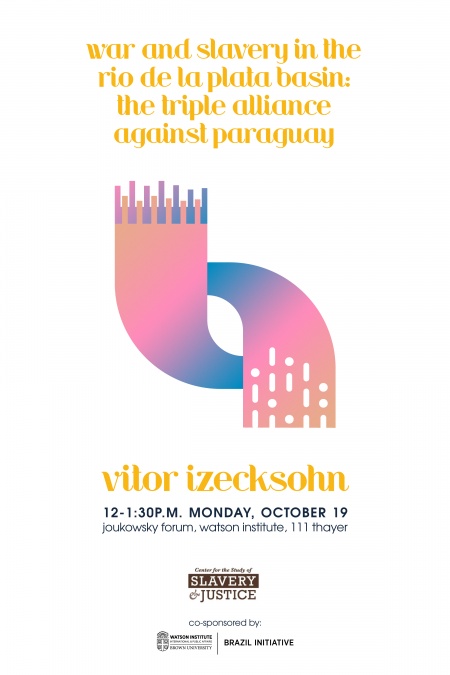 My presentation will examine the emancipation of slaves to fight as soldiers in the Brazilian army in the Triple Alliance War (1864-1870). Since the beginning of the conflict, slaves were enrolled individually in the army. But after 1866, the war´s second year, Imperial officers tried to start a more aggressive policy of enrollment with indemnification. My lecture will explore three questions central to this process. How did the recruitment of the Brazilian slaves and their transformation into “free-soldiers” become a question of state? What was the response among the supporters of the monarchy, the planters? How did participation in the war affect the lives of those freed for service in the post-war years?

An event by the Center for the Study of Slavery and Justice, co-sponsored by the Brazil Initiative.