Brazilian Democracy and the Aftermath of Impeachment 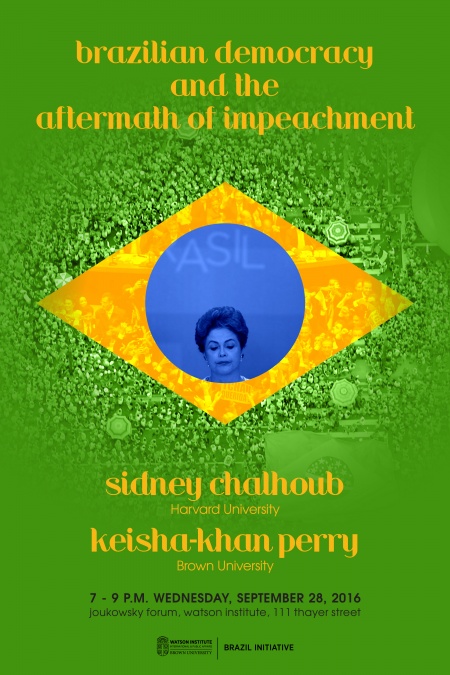 In May 2016, the Executive Committee of the Latin American Studies Association (LASA) approved a resolution considering the impeachment process against President Dilma Rousseff as "undemocratic." It also sent a five-member commission, headed by Harvard Professor Sidney Chalhoub and including Brown Professor Keisha-Khan Perry to Brazil in July/August to investigate the situation and prepare a report Professors Chalhoub and Perry will present their analysis of the situation in Brazil based on the Commission's findings.