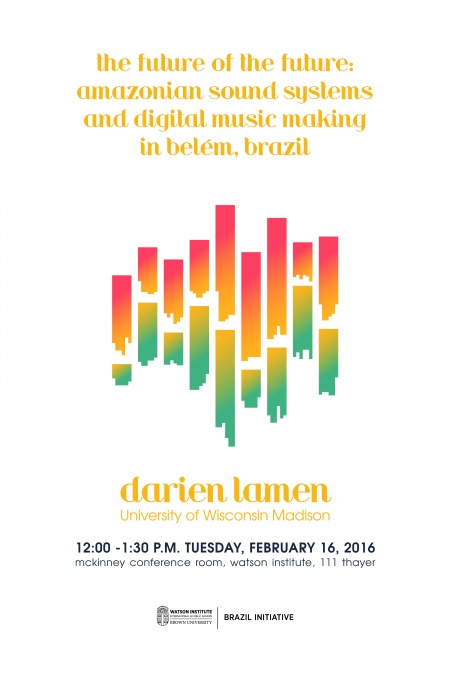 In Belém do Pará, a city of 1.5 million located in the eastern Brazilian Amazon, a vibrant electronic music scene consolidated itself around the city’s enormous sound system enterprises in the 2000s. At the national level, Brazilian media, policy-makers, and intellectuals enthusiastically hailed this largely informal economy as a model for both the future of the culture industry on the one hand and a more inclusive form of participatory cultural citizenship on the other. This talk considers why forms of digital cultural production from the national periphery have helped to breathe new life into old myths about a redemptive future, and it asks what implications this has had for the livelihoods, projects, and citizenship claims of populations rightfully suspicious that “the myth of the Future” often serves to rationalize the injustices of the present.