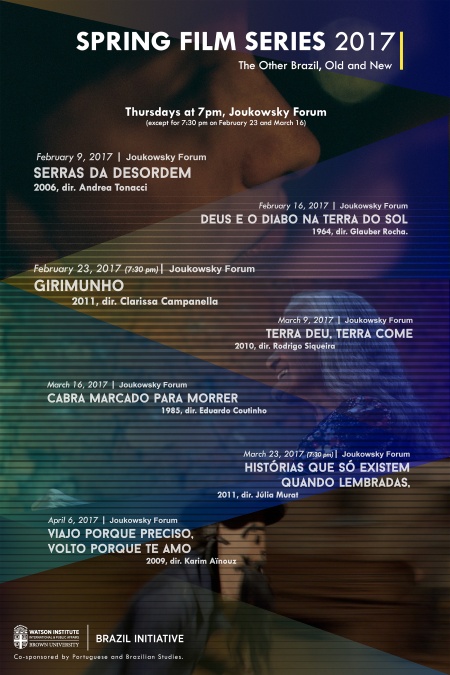 Running from February through April of 2017, the Brazil Initiative's Spring Film Series presents a selection of seven films, some classic and some contemporary, straight out of "another Brazil": the vast and rich world of the country's backlands. This series serves as a reminder of the continued importance of rural Brazil to Brazilian history, culture and art in a country of an increasingly urbanized population. All films have English-language subtitles.